Reflections on Brexit: silver linings amid the uncertainty

Two weeks on from the UK’s vote to leave the European Union, and the only thing that is clear is that the future is very unclear.

However, photonics-related trade associations, industry groups and others have responded with a call for calm heads and patience as negotiations unfold. Some see silver linings beyond the near-term uncertainty, others some early anecdotal evidence that the vote result is already affecting UK researchers’ involvement in future collaborative European projects applying for Horizon 2020 funding.

Here’s our round-up of Brexit-related reactions and reflections from the past week: 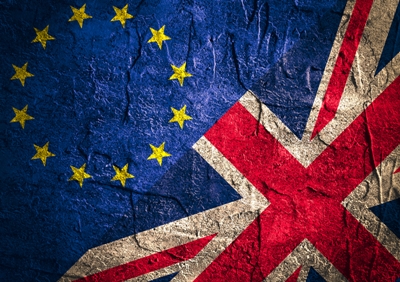 Commission: rights and obligations
The UK now receives an estimated 15 per cent of its research funding via Brussels, and the European Commission’s July 4 statement stressed that the country retains all its entitlements to the various funding mechanisms for now. It said:

"The Statement of 29 June of the Heads of State or Government of 27 Member States, as well as the Presidents of the European Council and the European Commission, confirms that until the UK leaves the EU, EU law continues to apply to and within the UK, both when it comes to rights and obligations. This includes the eligibility of UK legal entities to participate and receive funding in Horizon 2020 actions." [emphasis added]

The good news for astronomers is that the European Southern Observatory (ESO), of which the UK is a fully paid-up member, operates independently of the EU. It said:

The collaboration added that any broader implications of Brexit could not be anticipated at present, with any impact on the European research landscape likely to take “many years” to become clear.

Taking the positives
Also looking at some positive aspects to the vote is the UK Photonics Leadership Group (PLG), whose membership includes senior representatives from across UK industry and academia.

It pointed out: “Industry is much more comfortable with absorbing unforeseen change than our politicians or press appear to be. Every day companies take in their stride changing customer demand, new product introductions, changes in personnel, vagaries in delivery and [a] host of other factors they must absorb to deliver and exceed customer expectation.

“Successful companies, of which we have a great many in the UK, are masters of consistent, calm delivery based on smoothing and managing a host of varying inputs. Brexit does not change this. Indeed, we can expect business to be the calming blanket, which, whilst not generating headlines, does keep the ship moving forward. A good product last week is still a good product today.”

The PLG also takes the view that the weakened value of the pound will present a net benefit to exporters of “added value” products, with any increase in the costs of goods and materials for a UK manufacturer more than offset by the advantage of selling a system at a more competitive price.

“Given that photonics is such a global marketplace this makes UK-produced photonics instantly more attractive, making this a great time to focus on UK photonics exports,” it claimed, adding that the Swiss and other participatory models could be adopted in relation to EU project funding in the future.

Universities challenged
While that may prove to be the case in the commercial sector, it does appear that the implications of leaving the EU at some unknown point are likely to be felt more keenly among university researchers – as well as small-scale UK firms - looking for involvement in pan-European collaborations funded under Horizon 2020.

Universities UK predicted in the immediate aftermath of the referendum: “Leaving the EU will create significant challenges for universities,” before pointing out that one of the fundamental aspects of modern-day research is close involvement in international networks – European or otherwise.

The body added: “Our first priority will be to convince the UK government to take steps to ensure that staff and students from EU countries can continue to work and study at British universities in the long term, and to promote the UK as a welcoming destination for the brightest and best minds.

“They make a powerful contribution to university research and teaching and have a positive impact on the British economy and society. We will also prioritise securing opportunities for our researchers and students to access vital pan-European programs and build new global networks.”

Unfortunately, it seems that anecdotal evidence is already pointing to a side-lining of UK partners in new proposals for EC-backed projects, with both the BBC and Science Business reporting a sudden reluctance towards UK involvement – despite that breaching the EC’s own pronouncement on rights and obligations until the precise terms of Brexit are decided.

The contribution from foreign nationals able to move and work freely throughout Europe appears highly significant in photonics, with a survey by the Brussels-based European Photonics Industry Consortium (EPIC) finding that around one-fifth of employees in UK photonics companies are European nationals.

Its director general Carlos Lee wrote: “Recruiting staff from non-EU countries is very bureaucratic and unless these rules are made simpler, the attraction of skilled staff will be more difficult and could have an impact on the industry, with shortage of skilled and trained people often being quoted as problematic for the industry.” 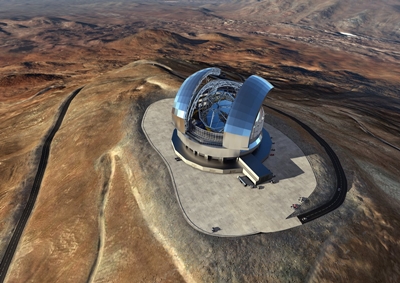 ESO: 'no direct consequences' of Brexit

Digital transition impacted
Meanwhile the Harvard Business Review detailed how the UK’s future withdrawal would negatively impact Europe’s already failing attempts to transition towards a digital economy and what is termed “Industry 4.0”.

“The UK will, in effect, be on the outside looking in as the EU tackles the central problem of fragmentation that hobbles its digital value chain,” wrote Bhaskar Chakravorti, senior associate dean of international business and finance at The Fletcher School at Tufts University, although he sees the single biggest challenge as the sheer uncertainty that the “leave” vote has precipitated.

“The uncertainty could have an impact on a wider ecosystem that affects the attractiveness of the UK as a tech hub: retail, hospitality, healthcare, and financial services,” Chakravorti added. “Given the digital recession in Europe, the post-Brexit uncertainty alone could accelerate the region’s loss of competitiveness. It will be felt most acutely in the UK, which, in turn, is bad for the EU, given the disproportionate role of the UK in the continent’s digital industry.”

However, he does see some potential silver linings – noting, like the UK’s Photonics Leadership Group, the different EU funding access models already enjoyed by Switzerland, Norway, and Israel, and “new degrees of freedom” from EU regulations that may enable more effective competition and collaboration with counterparts in the US and Asia.

Business as usual
In the meantime, some related industry groups are calling for solidarity, and continued collaboration.

“We regret this decision very much. Barriers such as trade restrictions, customs duties or restriction of the free movement of workers are great obstacles particularly for the high-tech industry. An exit of [the UK] from the EU will lead to major economic disadvantages, especially for [UK] industry.”

Earlier this year, UK participants in an IVAM survey of high-tech companies in Europe expressed major reservations about a Brexit vote, with 70 per cent predicting a negative impact on their business. “Even more were concerned that it might slow down the growth of the high-tech industry in the UK,” said IVAM.

But co-operation will continue regardless, Dietrich affirmed: "We will continue to collaborate with our [UK] members and partners and strive to reduce any negative impacts that are to be expected from [the UK’s] exit from the EU."

Perhaps the most sanguine of reflections came from the UK’s Lighting Industry Association (LIA). It mused: “We live in an age where the answer to most questions is only a click away, but the answers to some of the big questions surrounding this result will be hard to find and may take some time.

“At this stage no-one can second-guess the outcome, so for the time being we are adopting a ‘business as usual’ stance as [the UK] is currently still a member of the EU, and EU law continues to apply to the full.

“We are heartened by messages received from many EU lighting associations assuring us of their wish to remain as friends and close working allies for the benefit of the lighting industry.”