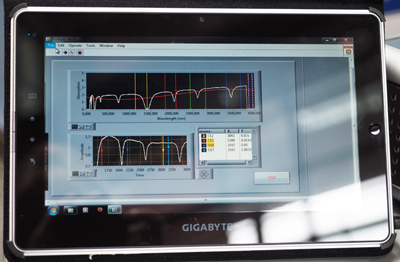 Diagnosis of illnesses is painlessly performed by optical analysis of isotopes in breath.

In future, the diagnosis of several illnesses will be quickly and painlessly performed by the optical analysis of isotopes contained in exhaled air. Finnish research center VTT has developed its first prototype for this purpose, stating “With the device, it is possible to determine with absolute certainty during a doctor’s appointment whether a patient's stomach troubles are caused by Helicobacter”.

The certainty of the device is based on its ability to measure not only indicator isotopes carbon13 (13C) but also oxygen18 (18O) in exhaled air.

The invention is based on a technology developed by VTT's MIKES Metrology, optical absorption spectroscopy in a multipass chamber with the sample volume reduced to just 40 microlitres, equivalent to less than ten millionths of an adult's lung capacity. Due to the extremely small sample volume, the gas inside the chamber can rapidly be exchanged, which enables the entire breathing cycle of the patient to be analyzed rapidly by the same device.

Diagnosis methods based on respiratory air are a growing trend. In addition to the Helicobacter, respiratory air can be used to analyze a person's energy consumption and weight loss, early-stage Type 2 diabetes and blood poisoning or sepsis, which often lead to considerable expense to hospitals and which is one of the main causes of mortality after surgery.

VTT is planning follow-up projects intended to develop the device for diagnosing also other illnesses. The device can be used to analyze proteins and various chemicals. Oxygen17 can be measured as well. Because the device measures completely safe, stable isotopes, it can also be utilized by the food industry.

The analyzer also has possible applications in the monitoring of surgery patients and unconscious patients, because it can operate next to the patient around the clock. Accurate and specific data can be obtained from each breathing cycle. "Researchwise, it is a significant step that we can now measure the ratios of both isotopes in real time," said Albert Manninen from VTT.

VTT's prototype includes a computer, a pump and optics, and it is operated with a single button. It communicates wirelessly with tablets and smartphones. The result of the measurement is displayed immediately.

Current commercial devices based on exhaled air analysis give a result with a 95 to 98 per cent reliability, which means that the results must often be confirmed with gastroscopy, a procedure that is rather unpleasant for the patient. The device developed by VTT has the benefit of eliminating false positives from the analyses. 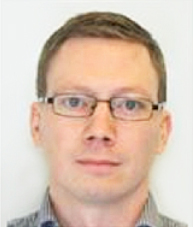 Principal researcher Manninen explained that VTT’s new instrument is currently being tested by an independent partner for medical research: “We have pending funding applications around diagnostics of different medical conditions,” he said, “but would need several approvals to actually take this to the market. We are currently discussing different commercialization pathways with several parties, but not yet signed agreements.”

"We also presented latest results in CLEO 2016 San Jose conference, where issues with currently used bag sampling were discussed. To date there have been no instruments capable of such measurements. We're also working on a peer-reviewed publication about this topic.”

Carbon dioxide is formed of carbon atoms with different masses. The origin of the gas can be determined by measuring these carbon isotopes. Helicobacter can be detected in exhaled air, when the carbon12 of a urea molecule is artificially replaced by carbon13. This replacement is done by means of a harmless pill containing the urea chemical and swallowed by the patient. If there are Helicobacteria in the stomach, they will break down the urea molecules into carbon dioxide molecules that will then enter the patient's system, finally travelling via the lungs into the exhaled air.

The device developed by VTT analyses the ratio between carbon13 and carbon12 in exhaled air. When the carbon13 ratio in exhaled air increases after taking the pill, it has been shown that with a 97 per cent certainty that the patient is suffering from Helicobacter that can be treated with drugs. The difference in VTT's device is that it also analyses the ratio of oxygen18 in the exhaled air, which guarantees a 100 per cent certainty for the diagnosis.

Spectrometry based on the analysis of isotopes has thus far been widely applied in medical analysis, because carbon13 is relatively easy to measure with a nondispersive optical device. Detecting oxygen18 is more difficult due to its significantly weaker absorption, and spectrally, it is located between the main isotope and carbon13. Its detection requires mid-infrared lasers that did not enter the market until recent years.

The Helicobacter pylori or Helicobacter is connected to several problems in the upper gastrointestinal tract, such as ulcers and gastritis. According to estimates, 30–40% of the population in developed countries has this infection. Diagnosis of the bacteria is usually unpleasant for the patient, as it requires a biopsy using gastroscopy, which currently means that the patient has to swallow a tube that is then used to take a sample from the stomach. The accuracy of the procedure depends on the skills of the person performing the procedure, and getting a diagnosis may take several days.