by Ford Burkhart in Baltimore
The top defense-related challenge in the field of sensing is finding ways to create greater US resilience in outer space. That’s what Brad Tousley, director of the Tactical Technology Office at the Defense Advanced Research Projects Agency (DARPA), told delegates in his plenary talk at the SPIE Defense and Commercial Sensing (DCS) meeting.

“We need airport-like operations [for space missions],” Tousley said at the Baltimore event, suggesting that a returning vehicle ought to be turned around quickly before heading out to space again.

He said the US needs to promote airport-like efficiency for space ventures. “Airplanes get from point A to point B, with minimum delay, no matter the weather, or any reason.

“We want to get that way in space, whether it’s for military or commercial operations,” he added. “We want to have launch on demand, and not take a year to get it done. We need affordable, routine and reliable access to space.” 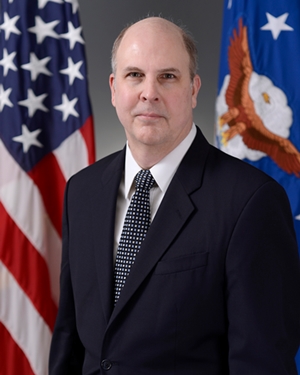 Sensing future
DCS is fundamentally a conference about sensing technologies, and from that standpoint Tousley said that research in this area will return the biggest benefit in the future by getting more satellites into space. “The price points will come down,” he told the audience. “It will be a big, big deal.”

Sensing now provides excellent awareness of where airplanes are on Earth, for the most part. “We can track assets quite well … we understand all this. But we do not understand this in space,” Tousley said, stressing the importance of treating satellite launches like a traditional production line. “We need to be able to go at any time, any place for a launch.”

He noted that since 2013 DARPA has been trying to develop an re-usable “spaceplane” - the XS-1 - which would be able to launch satellites for the US military in a much more flexible manner than a multi-stage rocket.

“It would be able to do a mission, and land, and then they can do it again 24 hours later,” Tousley said. DARPA began Phase 2 of the XS-1 project just this month.

One key challenge that needs to be addressed is launch flexibility. Currently, the US only has one major US satellite launch site - and because that is in Florida, it has been suggested that domestic capability could be just one hurricane away from disaster.

In-space servicing
Tousley said there is also a need to improve space robotics, for tools that can repair satellite systems while they are in geosynchronous Earth orbit. He described a need for public-private partnerships to work on robotic servicing of geosynchronous satellites, or RSGS for short.

To meet US defense needs, commercial vehicles will be vital, he said. “An asset will be used to go out and generate revenue for a company, and then it can service one of our satellites after the fact,” Tousley predicted.

Thus, he said, the geosynchronous Earth orbit represents a new frontier in space. “We are thinking about designing vehicles to operate for a long period of time,” Tousley said. “We will need to develop a robotic mechanic.”

ARPA wants discreet screening
Following Tousley, Patrick Carrick, director of the Advance Research Project Agency within the US Department of Homeland Security (HSARPA), explained the inner workings of the agency and its department. He runs a research and development operation with an annual budget of about $300 million.

Among HSARPA’s many projects are the operation and tracking of unmanned vehicles, and a wide array of counter-terrorism and disaster-preparation activities. Key projects include the development of bio-surveillance systems and a chemical and biological threats division that works closely with the Department of Defense and the US Army.

One HSARPA goal is to provide screening of people at airports, in Carrick’s words “at the pace of light, from the moment they step off the curb, to when they get on the plane.”

He added, “We want to make sure everybody is adequately screened, and you will never know you have been screened,” but also admitted: “A lot of new technology needs to be developed for that.”