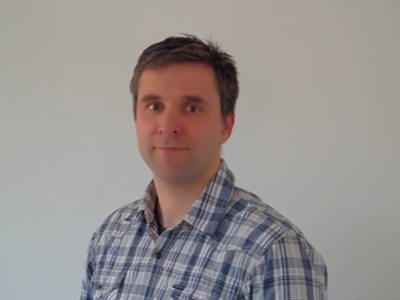 Pyreos, the UK-based infrared sensor maker that spun out of Siemens back in 2007, has appointed John Phair as its new CTO.

Headquartered at the Scottish Microelectronics Centre on the campus of the University of Edinburgh, Pyreos says that Phair’s appointment forms part of its “ambitious expansion plans” that will see it launch several new products this year.

Phair joins the company from the Norwegian developer of tunable lens technology poLight, bringing expertise in the thin-film lead zirconate titanate (PZT) material used by both poLight and Pyreos.

“Phair has several years’ experience in thin-film PZT design, preparation and test which is immediately applicable to Pyreos sensors,” said Pyreos, with CEO Andrew Wallace adding that the new CTO will get the chance to work closely with academic research groups as the company looks to forge deeper relationships with local institutions.

Sales up strongly in 2015
Pyreos told optics.org that its 2015 sales rose by more than 60 per cent on the 2014 figure, with even faster expansion expected this year as it launches several new products and builds on key relationships with the likes of Siemens and Bosch – another industrial giant to have invested in the company.

Last month the firm said that it was working with Bosch India to develop new milk analysis technology based around its mid-infrared pyroelectric sensors. India is said to be the world’s largest milk producer, with the domestic dairy industry employing as many as 70 million people.

The sensors will be used to identify key chemicals in milk and a wider range of adulterants than is possible with current technologies, thanks to their operation in the so-called “fingerprint” mid-infrared spectral region.

With pilot products set to launch this year, CEO Wallace said of the collaboration: “We have been working to combine Bosch India’s immense engineering and product expertise together with our unique sensor technology to identify products which can be trialled in the Indian market in 2016.

“Indian milk output has grown fast and [the] team has been focused on delivering quality technology, which will help improve milk quality and the Indian dairy industry’s profitability.”

Pyreos said that the support of its major shareholders - Bosch, Siemens, Scottish Enterprise, and UK venture backer Seraphim Capital – would ensure that the company had sufficient finance through the current phase of growth. Together, they invested an additional £2.5 million in the firm in January 2014. 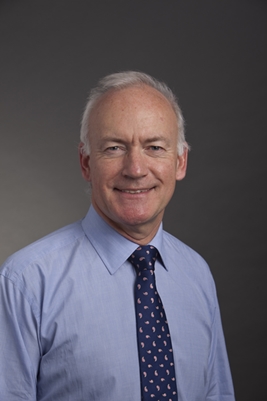 Disruptive applications
University of Melbourne graduate Phair, who also gained experience working at the National Research Council (NRC) in Washington, DC, as a post-doctoral fellow at the Commonwealth Scientific & Industrial Research Organisation (CSIRO) in Australia, and as a research scientist at the Risø National Laboratory for Sustainable Energy at the Technical University of Denmark, said in a company announcement:

“My ambition has always been to lead a team in the development and application of innovative technology – by utilising cutting-edge tools, techniques and materials – and at Pyreos I’ll get the chance to help lead the launch of our technology into new disruptive applications.”

His appointment follows that of Pyreos CFO Andy Laing and non-executive directors Tony Lear and Philipp Rose in recent months, while the company also appeared at the recent SPIE Photonics West exhibition as part of the UK pavilion.

CEO and former Royal Air Force officer Wallace joined the company in February 2015 after spells at satellite operator Eutelsat, video surveillance firm COE Group, and telecoms giant Cable & Wireless, among others. He replaced Rob Baxter, who had been appointed in early 2014.