Silicon photonics 'will not disrupt market until after 2020'

Analyst LightCounting says SiP developers – and markets – must wait longer for “next big thing” to happen.

Typical trend for cross-correlation between industry expectation for new technology and actual sales.

Silicon photonics – which has been “next year’s big thing” for almost a decade now – will continue not to explode into the high-tech communications and other markets until after 2020. But after that date, annual sales of silicon photonics-based optical products may reach $1 billion. These are the headline conclusions of a new market report from analyst LightCounting.

In the introduction to the $5000 Integrated Optical Devices report, Vladimir Kozlov, CEO LightCounting, stated, “Many in the industry have predicted that silicon photonics (SiP) will enable inexpensive, mass-produced optical connectivity, radically changing the optical components and modules industry. Our analysis suggests this will not happen in the next five years, but sales of SiP-based optical products may reach $1 billion by 2020, and could ultimately account for about 10% of the market.”

LightCounting acknowledges that several SiP suppliers have already demonstrated that this technology works, but Kozlov said that “it is up to the manufacturing engineers and business managers of these suppliers to show that SiP products can be made in high volume at a competitive cost and generate profits to fund development of next generation products. As often happens with new technologies, product sales start to ramp up just as industry expectations are starting to fade.”

Competition to such nascent silicon photonics products as already exist will continue to come from more established indium phosphide and gallium arsenide technologies. Kozlov says this competition will be fierce through the period 2016–2021: “There is not a single SiP-based product on the market that does not have an alternative made using InP and GaAs optics," he said.

The analyst’s definition of optical products, which could eventually be based on silicon photonics includes optical transceivers used for Ethernet, WDM and other telecom and datacom networks. Increasing number of these devices are now used in datacenters. LightCounting has been collecting data on shipments of these products since 2003 and has developed a forecast methodology based on correlation between growth rates of internet traffic and network bandwidth. 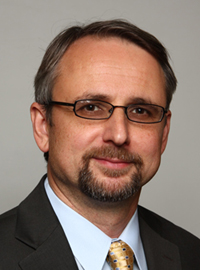 LightCounting acknowledges that forecasting technological disruptions “is probably just as hard as predicting earthquakes”. Even a distant possibility of a disruption has justified investment into SiP technology by the likes of Cisco, which has been followed by many other equipment developers. Optical integration start-ups continue to raise funding and all established suppliers of components and modules have SiP technology on their roadmap. The analyst’s ambivalent conclusion is that “the chances for success in these efforts are still low and distant, but no vendor can afford to ignore the possibility of a disruption”.

However, Kozlov is not pessimistic about the medium-term prospects of SiP: “If silicon photonics-based products can weather the fierce competition from more established technologies and gain a beach-head in this market by 2020, SiP may disrupt the market over the following decade [2021-2030]. Such a disruption will require development of wafer-scale optical manufacturing, packaging and testing technologies, compatible with 3D wafer stacking for integration with electronics.”

“Although none of the commercial products based on silicon photonics technology available today is truly disruptive, we do see certain research papers offering directions for potential disruptions, some of which are in our report. The key questions now are: how much of an impact optical integration technologies will have on these markets during 2016-2021; will SiP replace InP and GaAs technologies, which have dominated the market over the past decade and which have already enabled a variety of integrated products?”

LightCounting is working on a further publication in 2016 on the 3D integration of optics with electronics, which could enable radically new approaches to transceiver manufacturing.

Silicon Photonics and Photonic Integrated Circuits: an Industry Perspective is the title of a presentation to be made at Photonics West on Tuesday 16 February 2016; "Demand for smaller and cheaper optical interconnections inside networks and computers will create a new market of miniaturized, low-cost photonic components that can leverage the scale of CMOS manufacturing. Learn what industry leaders have developed at the frontier of the silicon photonics market."