Researchers at CUDOS, Australia, excited by the unexpected discovery of 'pure-quartic' wave in a silicon photonics chip.

Physicists from the ARC Centre of excellence for Ultrahigh bandwidth Devices for Optical Systems (CUDOS), in Sydney, Australia, have discovered what they call a new class of optical soliton, which opens up future applications in precision laser surgery, imaging devices, and ultrafast computing and communications, the team claims.

The work, led by Dr Andrea Redondo-Blanco, has just been published in Nature Communications.

Since the discovery of solitons by Scottish engineer John Scott Russell, who noticed their formation in a canal, physicists have been fascinated by the phenomenon: a soliton wave maintains its shape as it travels over long distances. Optical solitons, in particular, have been the subject of intense research over the past several decades due to their applications in ultrafast optics and super continuum generation (see below).

Until now, it was generally assumed that everything that could be known about solitons, had already been discovered. But the CUDOS physicists say they “have now added a new chapter to the history of solitons”. In Nature Communications, the researchers lead by Dr Andrea Blanco-Redondo, detail their discovery of a new class of optical soliton called pure-quartic solitons.

During their experiments, researchers found that pure-quartic solitons have remarkable properties compared to conventional ones – they have a different shape and can be more energetic than previously reported solitons. They also evolve in a different way and occur at different power thresholds. 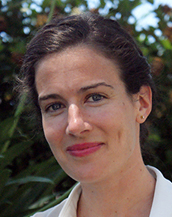 These properties can turn the new solitons into excellent candidates for a number of important applications which the CUDOS team are currently exploring. Enabled by precise dispersion engineering in photonic crystals that are etched into silicon photonic chips, pure-quartic solitons could find applications in ultrahigh bandwidth communications, frequency combs, and high-power ultra-fast lasers, such as those used in surgery.

The paper states: “Aside from their different physical origin, pure-quartic solitons present significant potential advantages with respect to conventional solitons. They open the door to soliton functionality in the normal GVD (group-velocity dispersion) regime of optical media.

"More importantly, perhaps, the energy of conventional solitons scales like (T0)-1, whereas the energy of pure-quartic solitons scales like (T0)-3, which suggests that they are more energetic for ultrashort pulses. We expect that the understanding of pure-quartic solitons provided in this paper, combined with the previous advances [in this field], will inspire a new wave of ultrafast laser development.”

Dr Blanco-Redondo commented, “We discovered this new class of optical soliton when we were looking for experimental realisations of conventional solitons in silicon, which reminds us that, in science, we always have to keep our eyes open and our mind free of prejudices. We are very excited to keep unveiling the details and applications of this finding.”

Observed in nature in the form of tidal bores, rogue waves and electrical pulses in the human body, the soliton wave, which maintains its shape as it travels over long distances, was first discovered in 1834 by Scottish engineer John Scott Russell. Watching a wave created by a boat stopping in a narrow canal, Russell noted that it travelled for miles without breaking up – the shape of the canal creating a ‘self-reinforcing single wave’. Regular waves breakdown and flatten out, but solitons, whether they are made of water or light, continue on and hold their shape.