Next element in the Copernicus program blasts off successfully and prepares for work. 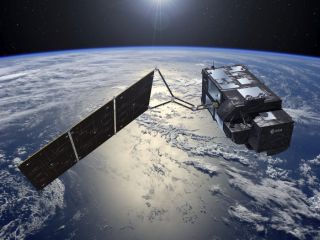 The most ambitious Earth observation initiative yet undertaken has continued to take shape with the lift-off of the Sentinel-3A satellite from Plesetsk Cosmodrome, Russia. Engineers confirmed that the satellite has successfully reached orbit and is ready for initial testing.

Sentinel-3A forms part of the Copernicus program, headed by the European Commission in partnership with the European Space Agency (ESA).

Intended to monitor the Earth's environment, Copernicus should allow timely understanding and perhaps mitigation of the effects of climate change and other disturbances to the natural world.

The Sentinels have been designed to meet the operational needs of the Copernicus program, and each focuses on a slightly different aspect of the task. According to ESA, the satellites comprising the Sentinel-3 mission - Sentinel-3B is due to launch next year - will primarily carry out marine observations, studying parameters such as sea-surface topography, sea and land surface temperature, and ocean color.

Optical instruments on board include the Ocean and Land Colour Instrument (OLCI), a five-camera spectrometer able to collect 21 programmable spectral bands; and the Sea and Land Surface Temperature Radiometer (SLSTR), providing a suite of visible and infrared radiance measurements.

The previous Copernicus component, Sentinel-2A, launched in June 2015 and focused on observing the Earth's land surface, carried image sensors from Sofradir and e2v among its optical technologies.

Rapid data transfer
As well a keen interest in the data itself, engineers will be paying close attention to the way that data returns to Earth.

The Sentinel satellites are still due to be the first users of EDRS, a new approach to high-speed data transfer from satellites in low Earth orbit.

EDRS or European Data Relay System - also called the SpaceDataHighway - envisages using satellites in geostationary Earth orbit as dedicated transmission nodes for data from other satellites. This hopefully constant line of communication would solve the problems associated with orbiting satellites beaming to ground stations as they pass overhead, an arrangement severely limiting the window for effective transmission.

Using laser technology developed by Tesat Spacecom under a public-private partnership with ESA, the EDRS will ultimately employ bi-directional optical data transmission at rates of 1.8 Gb per second. Eleven European countries are involved in the consortium in total.

The EDRS network started to take shape with the launch of EDRS-A, the first laser terminal, at the end of January 2016. This satellite - in reality an autonomous telescope - will take up station in orbit at 9° east, from where it can link to satellites and UAVs positioned over Europe, Africa, Latin America, the Middle East and the eastern coast of North America.

A second satellite will be launched in 2017 to extend coverage, with a potential third under consideration. Meanwhile the EDRS-A is due to complete testing in May 2016 and be ready for its first customer shortly afterwards.