Indigo Diabetes wins backing from an international syndicate of investors in series A round. 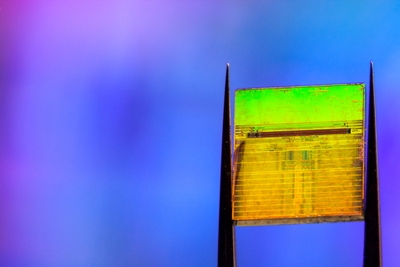 Indigo Diabetes, a new startup company in Belgium with expertise in silicon photonics and photonic integrated circuits (PICs), has closed a €7 million round of series A investment to support its development of an optical glucose monitor for diabetics.

The company is looking to exploit research carried out at Ghent University and the imec electronics development center, aimed at replacing conventional finger-prick blood tests with an implantable optical device.

Glycemic control
According to World Health Organization (WHO) statistics, the number of people with diabetes has quadrupled over the past 35 years, with an estimated 422 million sufferers logged in 2014. That is putting a huge strain on healthcare systems around the world, as well as pushing demand for better ways to measure levels of blood glucose and improved disease management.

At the moment, the finger-prick blood test is the standard method for monitoring glucose. And while in recent years attention has turned to new continuous glucose monitoring (CGM) technologies, these also rely on a needle sensor that constantly protrudes from the skin - something believed to have hampered their widespread adoption.

What Indigo is proposing is a needle-free CGM, based around silicon photonics and PICs, that is more comfortable and does not rely on the near-constant extraction of blood. Danaë Delbeke, Indigo’s founder and one of the Ghent University team that has patents pending on an implantable version of the technology, said in a release from imec:

“Licensing a series of new technologies from globally recognized research institutions UGent and imec enables Indigo to enter the market with the first needle-free and calibration-free glucose sensor.”

According to one pending patent, continuous monitoring of glucose levels is a prerequisite for strict glycemic control in diabetics, and the ability to maintain low levels of blood sugar that help to prevent the serious medical complications that are both debilitating for the patient and very costly to treat.

GlucoSens project
Delbeke is a member of the Photonics Research Group at Ghent, specializing in technology transfer and part of a team that has access to the ePIXfab silicon photonics platform and previously completed the “GlucoSens” research project that was financed by Belgium’s Institute for the Promotion of Innovation by Science and Technology in Flanders.

The objective of GlucoSens was to develop a minimally invasive implantable CGM technology based on single-chip optical sensors, comprising a miniature spectrometer inside a biocompatible package.

The team has previously presented details of the research at the SPIE Photonics West conference, and in this paper published in the journal Experimental Biology and Medicine they describe implanting doughnut-shaped devices in goats to test different packaging materials.

The idea of replacing invasive blood glucose tests with photonics technology is not new, and can be achieved using a variety of optical methods, for example dual-wavelength differential absorption, photoacoustic and Raman spectroscopy – all of which are the subject of presentations at next month’s Photonics West event.

While there is plenty of competition in terms of scientific method, the idea of implanting an PIC-based device to perform measurements on a continuous basis does represent a new approach.

The lead investor supporting Indigo in the series A round is Thuja Capital, via its second healthcare fund. Its managing director Harrold van Barlingen said: “With so many individuals reliant on frequent glucose measurements to help manage this disease, we eagerly support Indigo as it holds the potential to enable a paradigm shift in diabetes management with a game-changing technology.”

Netherlands-based Thuja has previously invested in the arthritis imaging company Hemics, a spin-out from Philips, and TheraSolve, which is developing an embedded electronic patch to aid drug treatment compliance.