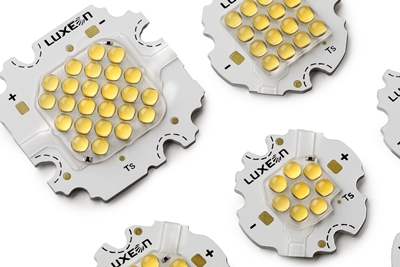 Global tech giant Philips appears to have finally found a suitable buyer for its LED-manufacturing Lumileds subsidiary, more than two years after first revealing plans to sell the division.

The latest twist in the long-running saga sees Apollo Global Management (AGM), an investment company specializing in opportunistic buy-outs, lined up to acquire the combined LED chip-making and automotive lighting businesses of Philips in a deal valued at $2 billion.

The AGM deal also comes nearly a year after the US Committee on Foreign Investment in the United States (CFIUS) blocked a planned $3.3 billion takeover of the business unit by GO Scale Capital – on the grounds that the Beijing-backed private equity firm's deal posed a threat to US national security.

Although AGM has offices around the world, including one in Shanghai, it is headquartered in the US and listed on the New York Stock Exchange.

The self-styled “contrarian” investor, whose private equity business is said to manage assets currently worth around $42 billion, specializes in opportunistic and distressed buy-outs. Including its portfolio of managed funds and credit and real estate investments, AGM is said to control total assets valued at a thumping $189 billion.

In the technology sector, its past acquisitions have included the 2004 deal to buy the satellite networking pioneer IntelSat.

Bargain price?
The Lumileds division posted sales of around $2 billion in 2015, with the LED-producing part of the business reckoned to have moved ahead of Korean giant Samsung in the rankings of packaged LED makers by analysts at market research firm IHS.

Behind only Nichia and Osram Opto Semiconductors, Lumileds sits third in that listing for 2015, suggesting that despite the major changes going on at Philips and fierce competition among LED makers, the Lumileds element is more than holding its own and that AGM could be picking up the company at a bargain price.

In a Philips statement, Lumileds CEO Pierre-Yves Lesaicherre said: “I am convinced that together with the Apollo managed funds, Lumileds will sharpen its focus and accelerate innovation in its leading product portfolio of lighting components.

“With our strong R&D programs and intellectual property, we are ready to address the current and future needs of our customers. Lumileds will work closely with its industry partners and customers and capture growth opportunities in an exciting industry.”

Under the terms of the AGM deal, Philips is to retain a 20 per cent equity share in Lumileds – as had been the plan with the prior GO Scale agreement. The transaction will see Philips receive $1.5 billion in cash, and a “preferred equity” stake within the new ownership structure.

Aixtron deal off
Meanwhile Aixtron, which provides arguably the most important pieces of equipment used in LED production – the metal-organic chemical vapor deposition (MOCVD) reactors that create ultra-thin layers of light-emitting structures within a semiconductor wafer – has confirmed that its planned takeover by a Chinese buyer is definitely off.

Back in May this year, the Chinese private equity group Fujian Grand Chip Investment (GCI) had launched a €670 million bid to buy Aixtron. At more than a 50 per cent premium to the Aixtron stock price at the time, the German equipment firm accepted the offer, saying that it would support long-term research and development efforts.

However, the same MOCVD equipment that produces LEDs is also used to deposit radio-frequency and other semiconductor devices that feature in much more sensitive applications, for example advanced military radar, and in October Germany’s Federal Ministry of Economics and Energy said it would review the planned GCI deal – having initially awarded it a clearance certificate. 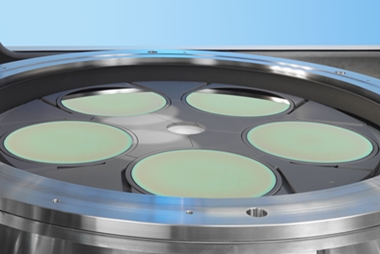 The following month CFIUS weighed in, saying that from its perspective there were “unresolved” US national security concerns regarding the proposed transaction, that it planned to block the deal and recommended the two parties abandon it.

However, Aixtron and GCI did not accept that advice, meaning that the matter was referred to the US president himself – with a decision to either block or allow the deal expected within 15 days.

On December 2 the White House announced that the president had decided to block the deal on national security grounds, and although the ruling only had a direct impact on Aixtron’s US subsidiary GCI subsequently announced on December 8 that it was abandoning the deal after all.