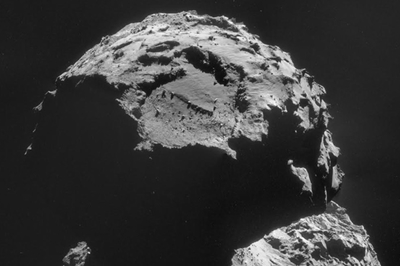 The 275p-per-share purchase price, which represents nearly a 50 per cent premium on e2v’s closing stock price from December 9, has been accepted by the UK firm’s board of directors.

Complementary businesses
In a statement to the London Stock Exchange (LSE), where e2v is listed, the companies highlighted the complementary nature of their imaging sensors, with Teledyne CEO Robert Mehrabian saying:

“We have followed e2v for more than a decade. Over time, as both Teledyne and e2v evolved, our businesses have become increasingly aligned. In fact, every business within e2v is highly complementary to Teledyne.”

He added: “There is minimal product overlap. For example, we are both leaders in space and astronomy imaging, but Teledyne largely provides infrared detectors and e2v provides visible light sensors.”

Although e2v is probably best-known for the space imaging applications of its CCD and CMOS sensors, which have captured iconic images of dwarf planet Pluto and comet “67P” in recent years, it also produces microwave devices for cancer radiotherapy and high-performance semiconductor chips.

In its latest half-yearly report e2v announced total sales of £102.8 million, of which £45 million was generated by sales of imaging products.

Describing the acquisition price as an attractive premium, e2v’s chairman Neil Johnson added: “The e2v [board of director] has also considered the merits of being part of a larger, complementary group with enhanced scale and a wider range of capabilities to service its key customers and management and employees having access to the opportunities available in a larger group.”

As a result, the e2v executive team is unanimously recommending that the firm’s shareholders vote in favor of the deal. And according to the LSE statement, institutional investors including AXA, Aviva and Henderson Global, together representing nearly 46 per cent of shareholders, have already signalled their intention to back the deal.

Quantum research
e2v is also closely involved in the UK’s £330 million investment in the development of quantum technologies, known as the National Quantum Technologies Programme (NQTP).

For example the sensor firm’s CTO Trevor Cross, part of the management buy-out team that saw e2v emerge from GEC-Marconi before listing on the LSE back in 2004, chairs the NQTP’s special interest group of industrial partners looking to exploit and apply technologies developed through the quantum research.

Quantum projects involving e2v include a prototype gravity imaging camera for the UK’s Defence Science and Technology Laboratory (DSTL), one of the key backers of the quantum technology push, and an innovative laser-cooled cold-atom trap known as “Freeze-Ray”.