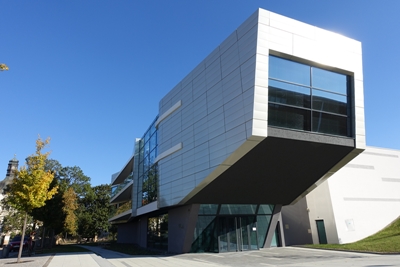 The HiLASE center in Dolni Brezany

A major project to develop industrial laser applications has won €10 million backing from the European Commission (EC), via the “Widespread Teaming” support program within Horizon 2020.

The “HiLASE” effort, which has a total budget of €45 million and runs for five and a half years, sees scientists from the Czech Institute of Physics and the UK’s Central Laser Facility (CLF) collaborating at a user facility in Dolni Brezany, near the Czech capital Prague.

Ongoing partnership
Brian Bowsher, chief executive of the Science and Technology Facilities Council (STFC), which runs the CLF, said: “I am delighted that this project has been selected for funding by the European Commission.

“STFC recently delivered a £10 million contract to HiLASE and the funding for this new center of excellence will allow us to ensure that the research at the facility is fully exploited for industry. We also look forward to collaborating on the center of excellence as an opportunity to build our ongoing partnership with our Czech colleagues.”

HiLASE was one of only ten projects out of 169 applicants to win second-round funding via the “widespread teaming” call, and Jiri Drahos, president of the Czech Academy of Sciences (CAS), said:

“The success of this proposal clearly shows that the CAS is able to develop basic curiosity-driven research as well as the high-quality applied research in accordance with the needs of contemporary society, where the research results are shared with industry.”

The UK and Czech institutions have also collaborated closely on the development of high-energy laser sources with a view to applications in fusion research via the “HiPER” project, although the new funding will be focused squarely on technology closer to commercial markets. 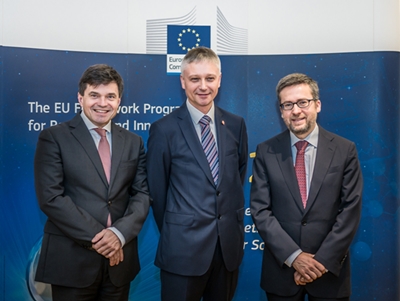 Exploitation rights
With the construction of HiLASE now completed, the user facility is set to move into its operational phase. The UK partners told optics.org that while STFC was not making a financial contribution to the new phase, it was making available its deep expertise in laser technologies.

“Some of the funding will support technology development at STFC, with exploitation rights shared between the two partners,” noted Chris Edwards , manager of the Centre for Advanced Laser Technology and Applications (CALTA) at the CLF.

CLF director John Collier said: “The award of the Widespread Teaming Project with our colleagues in HiLASE is really excellent news that recognizes both the already close and successful partnership we have with them and the current and future impact of the advanced laser technology we have developed together.”