Preliminary results for the year reveal 9% boost for sales and profits, after military and aerospace acquisitions. 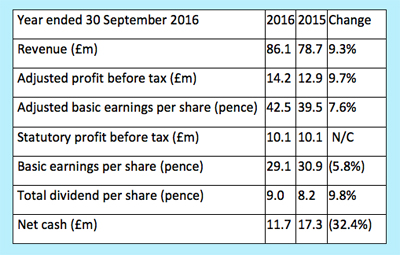 During 2016, G&H made significant moves to diversify and expand its aerospace and defense offerings, acquiring both Kent Periscopes and Alfalight. The two deals, which together cost around £10.5 million were expected to add around £9 million to the company’s annual sales and profitability.

In its own assessment of the year’s performance, the company identified the following operational and strategic highlights: “excellent performance from our fiber-based business, in particular telecoms, satellite communications and fibre sensing; strong second-half performance; investment in R&D up 15.4%, 21 new products introduced and 5 new patents granted.” 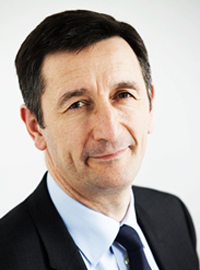 The lower cash position, down £5.6 million to £11.7 million, which was still described as “strong”, followed the 2016 investment of £5.7m in G&H’s acquisitions of Kent Periscopes and Alfalight and a further £9.7m in property, plant and equipment. Also noteworthy is the company’s “record year end order book of £52.8m, up 45% on the equivalent 2015 postion. The proposed final dividend of 5.7p equates to full-year dividend growth of 9.8%.

Mark Webster, G&H’s CEO, commented, “During 2016, we made good progress with our strategic goals of further diversification and moving up the value chain. We met our financial objectives, made a number of strategically important investments and have acquired two highly complementary companies. These strategic initiatives combined with a record year-end order book mean we are well placed for future material growth.”

Gooch & Housego was this month awarded funding to support its involvement in two projects, REVEAL and CASPA, in the commercialization of quantum technologies competition supported by Innovate UK and the UK National Quantum Technologies program.

The aim of REVEAL is to develop a quantum gravity sensor based on a cold atom interferometer for underground surveying in civil engineering projects. The project partners are e2v Technologies, RSK and the University of Birmingham. 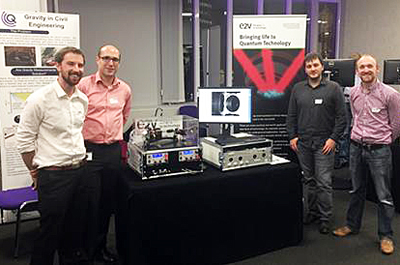 The company was recently awarded a quantum technologies research award.

The aim of CASPA (Cold Atom Space Payload) is to develop a CubeSat compatible payload capable of producing cold atoms in space. G&H stated that demonstrating this new technology in space is a vital first step towards realizing real instruments that are capable of mapping tiny changes in the strength of gravity across the surface of the earth.

Such tools could be used for resource exploration or to monitor of changes in polar ice mass, ocean currents and sea level. Project partners are e2v Technologies, ClydeSpace, XCAM, Covesion, and the universities of Birmingham and Southampton.

The award of funding for the two new projects coincided with the UK National Quantum Technologies (QT) conference and exhibition. G&H together with partners e2v and the University of Birmingham (pictured, right) exhibited a cold atom rubidium magneto-optical trap (Rb MOT) developed in the FreezeRay project.