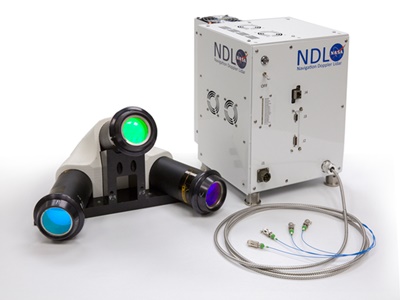 A fiber-optic lidar system developed at NASA’s Langley Research Center that is expected to help future Martian rovers make safe landings on the red planet is set for tests in the Mojave Desert.

The Navigation Doppler Lidar (NDL) kit, which features three lasers, should give much more precise speed, altitude and range readings as a landing craft approaches than is possible with conventional radar kit – something that should lead to a highly controlled descent and a soft touch-down.

Hard landings
Previous missions to Mars have suffered from hard landings, the latest of which saw the European Space Agency’s Schiaparelli probe – part of the larger ExoMars mission – smash into the planetary surface after an incorrect altitude estimate triggered a premature parachute release.

Although the Doppler radar instrument on board Schiaparelli is believed to have functioned correctly, NASA’s engineers say that using lidar instead will deliver an order-of-magnitude improvement in terms of precision, and has the potential to be a standard sensor on board all future landers.

Farzin Amzajerdian, principal investigator on the NDL project, said in a NASA release that the optical approach had the additional advantage of being far smaller and lighter than a radar sensor – a critical factor on any space mission - as well as costing less.

In 2014, NASA tested a larger version of the NDL as part of its “Morpheus” project to develop a vertical take-off and landing craft for future planetary or asteroid exploration. According to a recent paper authored by Amzajerdian the NDL data were used to land the craft precisely at a location surrounded by rocks and craters.

Lidar trigger
Amzajerdian and colleagues also reported that the NDL begins operating during the powered descent phase of a landing, working alongside other key equipment such as the inertial measurement unit (IMU) – the sensor thought to have provided the faulty information that led to Schiaparelli’s crash-landing – to generate three-dimensional positional knowledge. 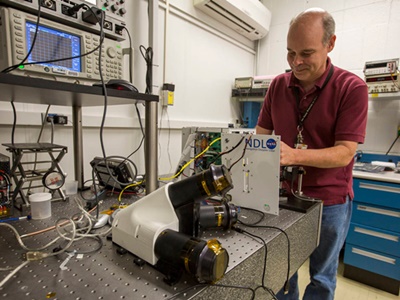 “The lidar data are used to trigger the sequence of events that must be executed precisely in order to safely land the vehicle with minimum design margins and fuel reserve,” they added.

Earlier papers by the team describe the use of a low-power single-frequency 1.55 µm laser in the NDL system, to provide optical homodyne detection. The three line-of-sight laser measurements are then combined to determine velocity vectors and to measure altitude and attitude relative to the local terrain.

They explained that advances in the spectral linewidths of fiber lasers, as well as high-efficiency photodetectors and processor power, had all contributed to providing lidar measurements with the kind of precision and operational range required for planetary landing.

Next year’s Mojave flight tests will see the NDL fly as part of the wider COBALT (Co-operative Blending of Autonomous Landing Technologies) effort, a collaboration between Langley, the Johnson Space Center and the Jet Propulsion Laboratory.