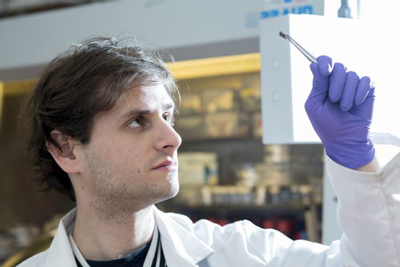 Researchers at the University of Warwick, UK, are proposing that a new generation of perovskite-based solar cells can be made with tin instead of environmentally-problematic lead. They say that their cleaner substitution could also make solar power cheaper and more commercially viable.

Solar cells based on lead perovskites are rapidly emerging as an efficient way to convert sunlight directly into electricity. However, the reliance on lead is a serious barrier to commercialization, due to its toxicity.

The Warwick team of Dr Ross Hatton, Professor Richard Walton and colleagues show that perovskites using tin are “much more stable than previously thought, and so could prove to be a viable alternative to lead perovskites for solar cells”.

The work has just been published in Nature Energy.

Dr Hatton explained how newly-formulated perovskite solar cells could be more adaptable and simpler to produce than current designs – “This could lead to a more widespread use of solar power, with potential uses in products such as laptop computers, mobile phones and cars.”

The university's announcement of the Nature Energy paper stated, “Not only could lead-free cells could render solar power cheaper, safer and more commercially attractive, but the device structure can be greatly simplified without compromising performance, which leads to the important advantage of reduced fabrication cost.”

Dr Hatton added, “We hope that this work will stimulate an intensive international research effort into lead-free perovskite solar cells, like that which has previously resulted in the astonishingly rapid advancement of the lead-based cells. There is now an urgent need to tackle the threat of climate change resulting from humanity’s over reliance on fossil fuel, and the rapid development of new solar technologies must be part of the plan.” 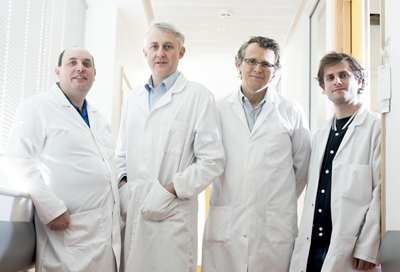 Perovskite solar cells are lightweight and compatible with flexible substrates, so could be applied more widely than the rigid flat plate silicon solar cells that currently dominate the photovoltaics market, particularly in consumer electronics and transportation applications.

The paper's abstract states, “Photovoltaics based on tin halide perovskites have not yet benefited from the same intensive research effort that has propelled lead perovskite to >20% power conversion efficiency, due to the susceptibility of tin perovskites to oxidation, the low energy of defect formation and the difficultly in forming pinhole-free films.

”We report CsSnI3 perovskite photovoltaic devices without a hole-selective interfacial layer that exhibit a stability ∼10 times greater than devices with the same architecture based on methylammonium lead iodide perovskite, and the highest efficiency to date for a CsSnI3 photovoltaic: 3.56%.”

The paper concludes, “We have shown that the improved performance and tolerance to pinholes in the perovskite film stems from n-doping of the fullerene electron-transport layer by SnCl2, and that the stability of unencapsulated CsSnI3 devices is improved by at least an order of magnitude as compared to lead-based PPV. Our findings justify an intensive research effort into tin perovskite PVs, focused on improving η to a level comparable to that of lead perovskite PVs.”