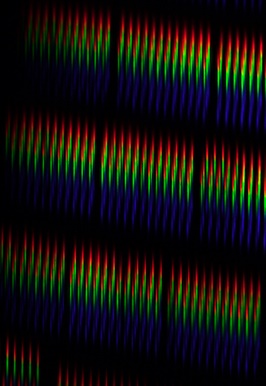 NASA has allocated $53 million funding for new Earth observation technologies in its latest instrument incubator program round, with several photonics projects among the winners.

17 new proposals, supported via NASA’s Earth Science Technology Office, will share the cash over a period of three years. They include four different projects to develop new spectrometers, at Rice University in Texas, the Massachusetts Institute of Technology’s Lincoln Laboratory, and NASA’s own Goddard Space Flight Center and Jet Propulsion Laboratory.

Tunable tech
The $2 million project at Rice, headed up by Tomasz Tkaczyk, will work on a “tunable light-guided image processing snapshot spectrometer”, or TuLIPSS for short.

Designed for future integration with unmanned aerial vehicles (UAVs) as well as orbiting satellites, it will be based around a bundle of fiber-optic links that are coupled to a light-guide image processor (LIP).

Tkaczyk’s group has typically worked on biomedical applications of optics previously – a topic that saw him win a research award from Edmund Optics back in 2012 – but has realized that the technology could be just as useful in Earth observation and science.

According to Rice University release, the TuLIPPS instrument will be “small but powerful”, using densely packed fiber-optic waveguides coupled with electronics that can rapidly read spatial or spectral information, or a combination of the two.

“The spatial information provides the scale to which researchers can resolve the actual structures being studied while spectral information allows the differentiation of target compounds, like chlorophyll or nitrous oxides,” explains the team.

The compact design envisaged could be equally useful on board large but fast-orbiting satellites like the International Space Station, tiny cube satellites, UAVs or even balloons, with the wavelength range able to provide information about atmospheric pollution, or land and water use.

Simple spectrometer
Meanwhile Ronald Lockwood and colleagues at MIT’s Lincoln Lab will be working on an extremely compact imaging spectrometer based around a simplified optical design that does away with the need for powered gratings.

“The purpose of this proposal is to develop a breadboard spectrometer that utilizes a catadioptric lens and a dual-faceted immersion grating,” states the development team, adding that the kit would cover 200 spectral bands over the visible and short-wave infrared (SWIR) spectrum from 400-2400 nm.

Expected to measure just 7.6 cm x 7 cm x 5.4 cm prior to packaging, the design is said to be highly performing in terms of both aberration control and signal-to-noise, although improvements to stray light control are also required.

The stray light performance will be critical if the proposed spectrometer is to meet the stringent scientific requirements necessary for the climate change mission, the team says. If the work is successful, it could end up being deployed on either space-based or UAV platforms for imaging in the solar reflective spectral range.

JPL and Goddard
Two other spectrometer development proposals backed by NASA came from its own teams, at the Jet Propulsion Lab (JPL) and Goddard Space Flight Center.

Charles Miller and colleagues at JPL are working on another compact spectrometer, also known as the “carbon balance observatory” (CARBO). It is expected to offer high-precision measurements of key climate-relevant gases including carbon dioxide, methane and carbon monoxide, improving on what is currently possible with instruments like NASA's orbiting carbon observatory (OCO-2).

“CARBO employs innovative immersion grating technologies to achieve diffraction-limited performance with OCO-like spatial (2x2 km2) and spectral (20,000) resolution in a package that is more than 50 per cent smaller, lighter and more cost-effective,” claims the team.

That ought to deliver up to a 50-fold increase in spatial coverage, compared with OCO-2, while retaining the same sensitivity and weighing just 20 kg. “We will design CARBO modules covering four different spectral ranges [and] then build and field test a two-channel CO2/CH4 and solar-induced chlorophyll fluorescence system,” states JPL, adding that electron-beam lithography will be used to fabricate the immersion gratings at the heart of the equipment.

Freeform optics
In another project on that climate emissions theme, Jon Ranson will lead development of the proposed “MiniSpec” imaging spectrometer for satellite-based monitoring of vegetation structures that play a key role in removing CO2 gas from the atmosphere.

To achieve the required high spectral and spatial resolution (down to around one meter) needed to acquire useful information multiple times each day, they suggest that the best approach would be to deploy six small satellites featuring a spectrometer based around freeform optics structures.

“For the first time the complete picture of vegetation functioning will be acquired and type, amount and productivity of vegetation will be quantified,” the Goddard team claims, adding that the approach ought to be especially powerful in forested areas where shadowing effects limit the accuracy of current technologies.