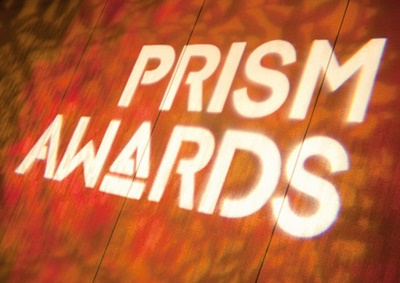 A high-resolution artery imager, a tuberculosis “breathalyser” and an imaging sensor based on quantum-dot material are among 28 different photonics technologies short-listed for the 2017 Prism Awards.

Organized by optics.org publisher SPIE and Photonics Media, the Prism Awards ceremony takes place each year at SPIE’s Photonics West event, and seeks to highlight the real-world impact of photonics across a wide array of applications.

The winners are set to be announced at a banquet taking place February 1 in downtown San Francisco, with an array of high-tech VIPs lined up to present prizes awarded across nine different categories.

Eight of the categories feature three finalists, with four companies short-listed for the “detectors and sensors” award.

Biomedical instrumentation
The three short-listed technologies in this year’s biomedical instrumentation category emphasizes the wide utility of photonics, with a personal vision tracker, a breath sensor for diagnosing tuberculosis, and an optical coherence tomography (OCT) imager for cardiovascular disease selected by the judging panel. 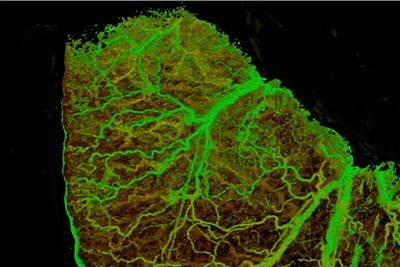 “The device, based on a variation of OCT, creates a three-dimensional profile of the micro-vasculature,” states US-based Wasatch. “WP MicroAngio is designed to be used for medical research applications related to animal model imaging in ophthalmology, dermatology, oncology and other areas.”

It is in competition with the tuberculosis “breathalyser” developed by the UK firm Rapid Biosensor Systems. The Cambridge company, set up back in 2002, has been working on the evanescent wave technology since then, thanks in part to backing from the World Health Organization.

Its reader unit incorporates a diode laser and detects tuberculosis bacteria by measuring fluctuations in laser-induced fluorescence. “Reading and analysis of the sample takes approximately two minutes, and from start to finish the entire screening process takes just a few minutes,” says the company.

Wasatch and Rapid Biosensor are up against the US start-up EyeQue, which is currently crowd-funding its “personal vision tracker” technology on Kickstarter. It claims to offer a new way to produce prescription figures for vision correction – but using a smart phone app and ultra-cheap optics kit instead of visiting the optician – and has already won accolades with an innovation award from the Consumer Electronics Show.

Detectors and sensors
In a break with tradition, four finalists have been short-listed for the detectors and sensors category, among them Hesai Technologies from China, with its drone-mounted surveillance system for methane sensing. The lightweight system is said to have an effective sensing range of 50 meters.

Hesai will be up against California’s Aeris Technologies, whose laser gas analyzers are designed for environmental monitoring, French development center Alphanov with its “GoSpectro” smart phone spectrometer, and Canada-based LuxMux Technology with its tunable infrared superluminescent diodes.

Other finalists include Soraa, the maker of blue LEDs and lasers co-founded by Nobel laureate Shuji Nakamura, and Denver-based 8tree – winner of the SPIE Startup Challenge competition at Photonics West 2015.

SPIE CEO Eugene Arthurs said of the 2017 finalists: “The opportunity to watch an idea that has been sparked in discussions in a conference room or on an exhibition floor evolve into a useful and ingenious new photonics-enabled product is both fascinating and inspiring.”

He added: “We at SPIE have a close-up view, as events such as SPIE Photonics West provide the most dynamic and fertile environments for facilitating that creative process.”