Other hot technologies recognized at annual consumer electronics show will include a personal vision tracker and optical heartbeat sensor. 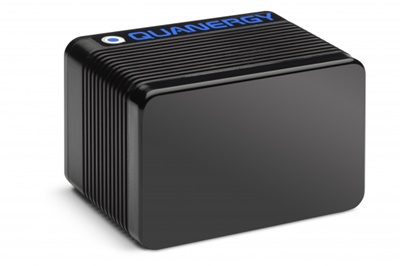 A raft of photonics-inspired technologies are set to pick up innovation awards at the forthcoming Consumer Electronics Show (CES) in Las Vegas.

The early January event sees scores of exhibitors walk off with some kind of recognition, with 30 innovations marked out as “best in show”.

Auto lidar
This time around, the “best of” list features the “S3” solid-state lidar developer Quanergy Systems, whose technology has attracted the attentions of venture backers targeting the emerging market for autonomous vehicles.

The Sunnyvale firm won in CES’ “vehicle intelligence” category, with CEO Louay Eldada saying: “The S3 exemplifies Quanergy’s drive to push the boundaries of innovation in smart sensing and develop unique, disruptive and cost-effective products that enhance the safety, productivity and comfort of consumers on a mass scale.”

Quanergy describes the S3 as the first affordable solid-state lidar sensor. The laser-based technology features no moving parts, and evaluates its surroundings by detecting the reflections of laser pulses fired out in all directions, crunching through half a million data points per second to generate a live view.

Among the other optics-related winners in the “best of innovation” list is EyeQue with its “personal vision tracker”. Aimed at spectacle-wearers, the technology is said to provide users with all the diagnostic details required for accurate eyesight correction – without the need to visit an optician.

The EyeQue “miniscope” attaches to a smart phone, with users able to download an app that determines the spherical, cylindrical and axis figures necessary for a prescription. A version is available now on Kickstarter.

Heartbeat sensors, VR and quantum dots
Also picking up a “best of” gong will be biometrics company Goodix, whose fingerprint detection technology goes a step further than current smart phone security by integrating an optical system capable of screening users according to their “heartbeat signature”.

Goodix first showed off the technology for the first time at the Mobile World Congress in Barcelona earlier this year.

Another optics-related winner is KanDao Technology from China, with its “Obsidian” 3D panoramic camera. The firm’s hardware is said to enable high-quality live streaming and recording of virtual reality content through its “unique” 360° stereo video shooting.

The “best of” line-up includes one technology from each of the 30 different categories in which CES designates several “honorees”.

Among the honorees in the “tech for a better world” category this time is Nanoco Technologies, the UK-based developer of cadmium-free quantum dots for displays and lighting applications.

More specifically, the company is being recognized for its “deep red” lighting used in indoor and urban plant growth, described by the firm’s CEO Michael Edelman as a “cost-effective way to tailor lighting solutions to promote plant growth, with promise to aid in the looming global food crisis and urbanize food production”.