Capacity set to double at Ulm, Germany, manufacturing facility in response to sharp rise in demand. 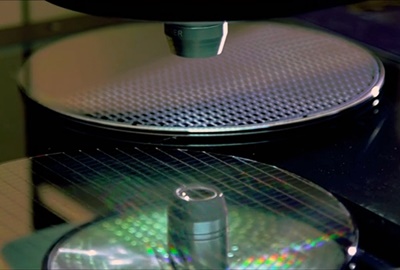 Philips Photonics says that it is doubling production capacity for vertical cavity surface-emitting lasers (VCSELs) at its site in Ulm, Germany, in response to sharply growing demand for the components.

Originally set up as Ulm Photonics before Philips acquired the business back in 2006, Philips Photonics said that the decision reflected the “huge potential” of VCSELs in existing and new applications.

Already widely used in data communications and sensors in computer mice and gaming consoles, VCSELs are tipped for large-scale applications in consumer electronics and automotive markets. The latter includes sensors for autonomous vehicles, a sector that is expected to explode over the next few years as major car manufacturers develop self-driving vehicles.

“Today, our products are widely used in data centers, smart phones and a number of industrial applications. The sharp rise in demand for VCSELs is a key factor in our capacity expansion at Ulm, and will enable us to respond to the needs of these rapidly growing markets.”

Even though the Ulm facility is now largely automated – partly thanks to a successful research project funded by the German Federal Ministry of Education and Research (BMBF) and the European Union – staff numbers at the site have quadrupled from 50 in 2012 to 200 today.

Philips Photonics says that the increased demand reflects the utility of the components across a growing range of applications, including industrial sensors and control functions, driver assistance systems, “ultrafast” data transmission in data centers and servers, and providing distance and gesture recognition in mobile phones.

$2BN market by 2020
That fast-growing demand is predicted by the Massachusetts-based consultancy BCC Research to push the global VCSEL market from its current level of $800 million to more than $2 billion by 2020.

Among the other companies responding to that opportunity is US-headquartered II-VI, which made two VCSEL-related acquisitions earlier this year and is currently working to build out new manufacturing capacity on 6-inch diameter semiconductor wafers: a step up from the 4-inch wafers used in current VCSEL production.

Other major US players include the optical communications component makers Lumentum and Finisar, while the Sandia National Laboratories spin-out TriLumina has won investment from global auto parts giant Denso to help push its development of high-power VCSEL arrays for automotive and other applications.

Philips Photonics says that its capacity expansion in Ulm will be completed by the end of 2017.