Exceeds guidance in all areas, with revenue of $135m; 100G sales take off while 40G continues slide. 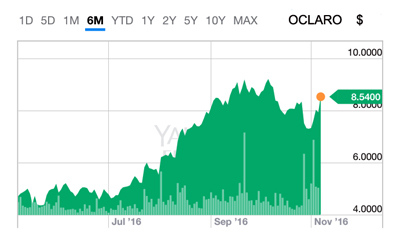 Oclaro, a developer of optical communications solutions, has announced positive financial results for trading in its first quarter of 2017, which ended October 1. The company’s statement said the September quarter’s numbers “demonstrated the continued strong performance of the company and the vitality of its core target market – the global 100G telecoms and datacoms sectors.”

Greg Dougherty, Chief Executive Officer, commented, "We exceeded our guidance in all areas, with revenue of $135 million producing higher than forecasted gross margin and operating income. I am particularly pleased by our gross margin of 34% and our GAAP and non-GAAP operating income of $18 million and $21 million, respectively.”

These results were driven by Oclaro’s 100G and above portfolio of transponders, transceivers and optical components including 100G and 400G modulators, tunable lasers and APDs. Overall in Q1, 2017, sales grew by approximately 20 % for the fifth consecutive quarter. Dougherty added, “Based on the projected growth prospects for the data center, China and metro markets, we expect customer demand for our highly differentiated 100G and beyond portfolio to remain strong in fiscal 2017."

During the associated analysts’ conference, Pete Mangan, Chief Financial Officer, gave more detail of his growth expectations for the second quarter: “We expect the company’s revenues to grow in the quarter by approximately 8% to 14% .”

Then on the decline in sales of the company’s lower-speed optical comms products, Mangan commented: “For our 40 gig and lower speeds, revenues declined by $7.8 million, as we expected, to $37.7 million in the first quarter. The decline was primarily driven by the tapering down of $3 million of 40 gig end-of-life products and the loss of the extra week of 10 gig sales from Q4.” 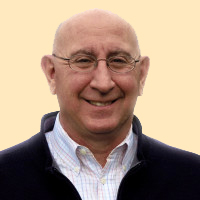 CEO Dougherty then gave a detailed analysis of how Oclaro could fare in the developing marketplace of China, where Oclaro sees new opportunities.

”in China we've learned that the Chinese government has announced the plan to move their networks from a distributed architecture to a more centralized one. This will require significant long-term investment in a cloud datacenter infrastructure. As we have seen in the U.S. over the last few years, moving to a cloud-based infrastructure fuels demand for high-speed optical components and modules.

”In the latest quarter, revenue in Southeast Asia grew by 46%, and now represents 23% of our total sales. The demand in Southeast Asia is coming from contract manufacturers serving our North American and European customers. We are seeing tremendous growth in the market for datacenter interconnection. Here our market-leading CFP2-ACO is well-positioned for applications that run from 100, to 200, to as high as 250 gigabits per second.”

He concluded, “We are also in a strong position to benefit from the migration from 40 gig to 100 gig within the datacenter. We are shipping QSFP28 transceivers for select 100 gig single-mode applications, generating a few million dollars of revenue in the recent quarter. We expect this revenue to grow.”