US-based imaging firm will be showing off new capability at next week's Vision event in Stuttgart. 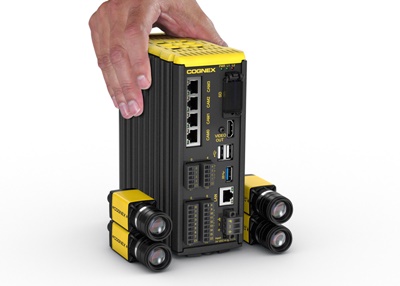 Cognex, the Massachusetts-headquartered machine vision specialist, is further expanding its 3D imaging portfolio with the acquisition of Germany’s EnShape.

The deal to buy the Jena-based start-up comes just a couple of months after Nasdaq-listed Cognex acquired Spain’s AQSense, a software company focused on 3D machine vision applications, and the US firm will be showing off its new capabilities at the Vision trade exhibition taking place in Stuttgart next week.

Joerg Kuechen, VP of vision products at Cognex, said: “We see a growing number of opportunities for 3D vision in industries such as automotive, consumer electronics and logistics, to name just a few.

“We believe that our acquisition of these two companies, especially the addition of two highly experienced new engineering teams, will accelerate our ability to bring innovative new 3D products to market.”

High projection rates
While 3D sensing featuring active structured illumination is already established as one of the most accurate optical techniques for large-object metrology, the approach tends to be limited by relatively slow projection rates and weak illumination.

In combination with high-performance algorithms, the firm’s hardware is said to produce a 3D representation of an object within milliseconds. 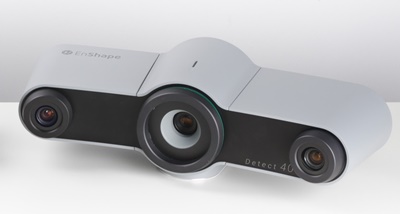 “At comparable lateral resolution more object details and finer height differences can be detected,” states EnShape. “This for instance allows or simplifies the detection and differentiation of small or flat objects for robot-assisted product handling.”

The company has developed two main product lines: the “Inspect” sensor family aimed at in-line quality control applications offers detection of 3D surface defects at a rate of 10 Hz, while the “Detect” sensors are designed for robot-assisted handling and offer a faster capture rate in excess of 20 Hz.

Spun out of the local Fraunhofer Institute of Applied Optics, EnShape was set up by CEO Martin Schaffer, and lists auto giant BMW among its financial supporters. At next week’s Vision event, the company will be demonstrating what it claims is the world’s fastest 3D random bin-picking technology – capable of more than 40 picks per minute – at the Cognex booth.

Cognex sales rise sharply
EnShape’s new parent company appears to be in rude financial health, having just posted a strong increase in both sales and operating profits for the third quarter of the year.

At a record $148 million, quarterly revenues were up fully 38 per cent on the same period in 2015, with company chairman Robert Shillman declaring the latest performance as “outstanding”.

CEO Robert Willett told investors that sales had grown much more quickly than the anticipated 20 per cent, as opportunities opened up by the move to factory automation increase, although a recent surge in customer deployments will slow down somewhat in the current quarter.

The strong performance saw operating profits nearly double in the three months ending October 2, up more than 90 per cent to $54.5 million, compared with $28.5 million a year ago.

The CEO added: “Europe delivered the largest contribution to growth [in] absolute dollars, helped by large electronics orders that were placed in Europe for Cognex products used on assembly lines in China.”

New technology; and expertise
Commenting on the EnShape acquisition, Willett said: “This is a fast-growing approach to 3D data capture that we expect will find widespread use in factory automation.” The CEO added that the AQSense software provides a user-friendly graphical user interface that would make 3D vision products easier to use, while complementing the firm’s existing software platforms.

“Not only is all of this new technology exciting, but equally or perhaps more importantly, with these two acquisitions we have been able to bring on 11 highly skilled and experienced engineers, of which seven have advanced degrees in machine vision,” Willett noted. “We expect these acquisitions will significantly accelerate our efforts to of bring new 3D vision systems to market.”

The recent performance puts Cognex in an even stronger position to continue making acquisitions, should it wish to, with the company now listing more than $700 million in cash and investments – and no debt – on its balance sheet.

The company’s latest product launch is claimed to be the world’s first “multi-smart-camera vision system”, and offer faster performance with each camera that is added.

“You can easily attach up to four In-Sight cameras to a controller for multi-view inspections in your manufacturing environment,” Cognex says. “For the first time, you can leverage the power of distributed vision processing with multiple smart cameras for high-performance applications.”

Willett explains that this will be important, as manufacturers look for vision systems to work together to solve inspection tasks that require multiple views of an object on fast-moving production lines.

• Cognex is exhibiting its products at booth D72 in Hall 1 at next week’s Vision trade show taking place at Messe Stuttgart, Germany.