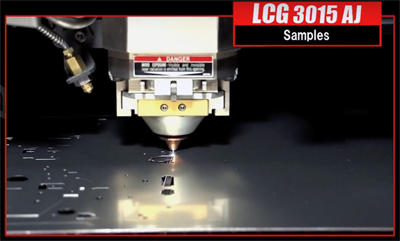 Lumentum, a developer of photonic products for optical networking and commercial lasers has reported financial results for the fiscal first quarter of 2017, which ended October 1st.

The company reported a loss of $3.4m for the quarter. The Milpitas, California-based company said it had made a loss of 6 cents per share. Earnings, adjusted for one-time gains and costs, were 49 cents per share.

However, the quarter's results exceeded Wall Street's expectations: the average estimate of 10 analysts surveyed by Zacks Investment Research was for Lumentum to have achieved earnings of only 44 cents per share.

Describing the latest quarter's highlights, Alan Lowe, president and CEO, said, "Operating margins were 12.7% as we generated favorable leverage from higher volume. Year-over-year, our telecoms revenue was up 25%, datacom up 24%, and commercial lasers up 12%.

"Our TrueFlex ROADM revenue accelerated during Q1 and was up 11% sequentially, and up 184% over last year's equivalent as the North America metro deployments continued and worldwide adoption of our TrueFlex technology strengthened."

Discussing the latest quarter's results in a conference with financial analysts, Lowe gave the company's take on the communications and commercial lasers sectors.

"Looking at what's happening in China with ROADM deployments, we will be adding more capacity. But at this time, we're pretty happy with where we are and with a slight amount of additional capacity coming online this quarter, I think it will really be up to what I learn on my trip to China in a few weeks as to when those deployments happen."

Asked about continued weakness in the commercial lasers marketplace, Aaron Tachibana, Lumentum's CFO, replied, "We did say we would be down a little bit during the second quarter, which is seasonably not a great time for the materials processing demand," adding that this sector was, "probably going to be down 15% or so sequentially in the second quarter."

Considering the optical networks business, analyst Simon Leopold, from Raymond James & Associates, said he had "the sense that long-haul is probably slowing and may be slowing at a somewhat faster pace than six months ago, while renewed activity in metro networks is really just beginning. So what would be the implications for Lumentum's business?"

Lowe replied, "We don't really care if it's a metro deployment or a long haul. We still sell - we have different varieties of modulators and tunable lasers that go both into the long haul as well as metro markets. And so, from our perspective, as long-haul goes down, metro picks up, that's okay with us."

Looking at the downtick in laser sales associated with reduced demand from the materials processing market, Tachibana commented, "We do see an impact here near-term in Q2 2017. Our laser business has been relatively lumpy, but we don't believe that it will be at this range over time. I think over the next couple of quarters after the December 2017 quarter, it should stroke back to the level to where we were before."

Then Lowe took the opportunity to mention the company’s launch of its 3kW and 9kW fiber laser engine (see below), which debuted at this week’s EuroBLECH show in Hannover, Germany. He said, “Those new products go into production in Q1 and I think that will drive incremental pick up in revenue for our fiber laser business.”

Lowe added that 3-D sensing also seems to be a promising market opportunity for both Lumentum’s VCSELs and various emitters: “Most of our volume to date has been edge emitters. But as we look forward to automobiles, there will be many, many sensors in any automobiles. Some may be VCSEL-based, some edge emitter-based, depending on the application. If you look around the computers that we are in today, those are edge emitters, but there is lots of interest in VCSEL based 3D sensing. So I think there's a market for both.”

Higher-power lasers are differentiating elements in sophisticated machine tools which cut sheets of aluminum, steel and other metals for the manufacturing of automobiles, aircraft, and appliances targeted at commercial and consumer markets. Higher-power lasers are increasingly used for welding, material deposition (cladding) and large-scale surface treatment applications.