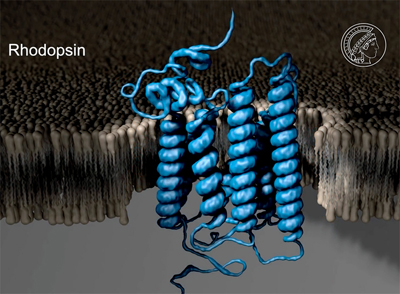 The light sensor in the photoreceptors of the human eye is a rhodopsin.

German research network the Max Planck Society and US company Photoswitch Biosciences have agreed a licensing agreement allowing the US company to develop and commercialize Max Planck’s expertise in optogenetics. The partners intend to identify novel drug candidates to treat blindness as well as other conditions.

Photoswitch Biosciences, a UC Berkeley spin-out from 2010, is expecting that in conjunction with advances in optogenetics (optical stimulation of genetically-modified nerve cells to create light-sensitive ion channels i.e. potential drugs) its approach will yield significant advances in medicine.

Ion channels are the third largest pharmaceutical target class. The discovery and development of such drugs has previously been restricted by a lack of cost-effective, physiologically relevant assays. Using light to both control membrane potential and readout ion channel activity is enabling an entirely new ion-channel assay paradigm with significantly higher throughput and lower cost than existing technologies. 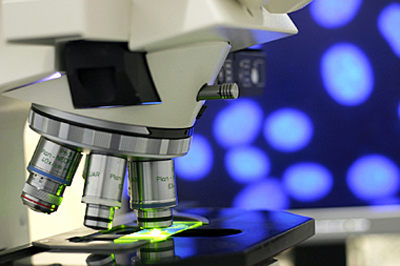 PB’s instrumentation was developed under the license agreement with Max Planck.

The proteins, discovered by researchers at the Max Planck Society, are incorporated into model cells and, using an instrument developed by Photoswitch Biosciences, the technique can control the function of the ion channels in a living cell. The company is now developing a complete assay system consisting of cell lines, photoswitches, voltage-sensitive dyes and a reader.

"When channel rhodopsins are expressed in the cells of the brain and nervous system,‬ researchers are able to study their behavior,” states the MPG (in its Channelrhodopsin video illustrating the principle – see below). “Promising tests in mice have raised the hope that optogenetics can achieve even more and may lead to treatments for blindness.‬”

In 2002, Max Planck researchers first isolated Channelrhodopsins, from the green algae Chlamydomonas reiinhardii, and successfully used both in vitro and in vivo experiments to control and study a variety of critical bioelectrical systems. Photoswitch Biosciences, based in Menlo Park, Ca, US, is now developing a complete assay system specifically designed for drug screening and safety pharmacology studies.

This technique is designed to enable researchers to make use of the benefits of Channelrhodopsin-based optical control. The system analyses the function of heart and nerves significantly faster and more cost-effectively than previous methods. 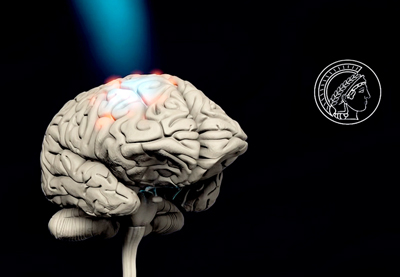 The new instrumentation platform was developed partly on the basis of the non-exclusive license agreement with Max Planck Innovation, the technology transfer organization of the Max Planck Society, for the use of biological photoreceptors for the direct control of light activated ion channels.

Photoswitches are a family of small molecules designed to photo-modulate the activity of specific signaling proteins. One wavelength turns the protein “on”; a different one turns it “off”. Photoswitches were conceived at the Nanomedicine Development Center for the Optical Control of Biological Function at UC Berkeley, Ca.

Retinitis pigmentosa (RP) is an inherited, blinding disease, affecting approximately 100,000 people in the US. There are no approved treatments. Persons with RP lose the light-sensitive rods and cones at the back of the eye.

Photoswitch Biosciences says its goal is to render the still healthy neural cells of the retina light sensitive. Those photoswitched retinal cells would then assume the role of the degenerated photoreceptors. Photoswitches have been shown to restore light sensitivity to the retina in mouse models of RP.

The following video was produced by the Max Planck Society to explain the origins of its Channelrhodopsin discovery and how it could benefit certain medical procedures (German):