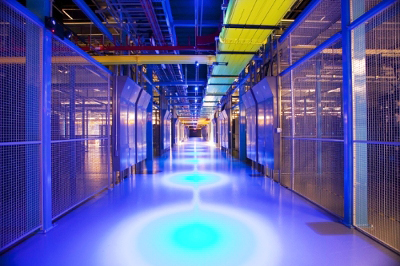 Considering the meteoric growth in volumes and speeds of optical communications and the implications for conventional networks, Maureen Rhemann, Senior Strategist at analyst Trends Digest, commented, "We are entering a new era where data could be all dressed up with no place to go. The party could be ending sooner than we think. With 60 billion devices connected to the internet by 2020, petabyte-level processing, and zettabyte-level data growth, global networks face being imperiled by the sheer onslaught of massive data traffic.”

Her solution to this problem? “Lasercom is the most viable solution because it's rapidly deployable, secure, and can be optically integrated with terrestrial and satellite networks," she said. Most of all, lasercom has “proven its resiliency and reliability for high speed transport of large data sets. It is the next logical progression in communications transport technology. Firms like Laser Light Communciations are leading the pack." 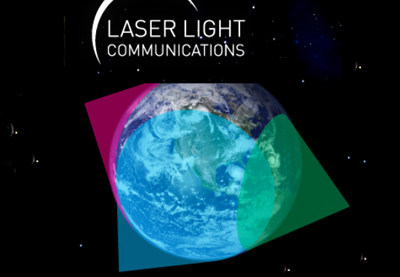 Laser Light is now set to establish its first global Point of Presence (PoP) at Equinix's DC11 International Business Exchange data center in Washington, DC, US. With its deployment at DC11, Laser Light will begin installation, testing and demonstration of its leading-edge laser communications and SD-WAN equipment.

Once operational, the HALO satellite constellation will offer its Optical Satellite as a Service (OSaaS) – SpaceCable services to carriers, enterprises and government customers at Equinix facilities worlswide, providing an all-optical communications system, through its hybrid satellite-terrestrial network, capable of connecting any two points on the globe with 100Gbps service links.

The initial deployment in Equinix's DC11 IBX is expected to grow with additional PoPs planned globally, including Equinix facilities in the UK, Japan, Brazil, Australia, the Middle East, and Europe.

Equinix is home to more than 1,400 networks and 2,500 cloud and IT service providers on its global platform with 145 data centers worldwide. Equinix is now providing Laser Light with a marketplace enabling it to offer its capacity to Equinix’s existing customers seeking low latency, high data volume transmission services. 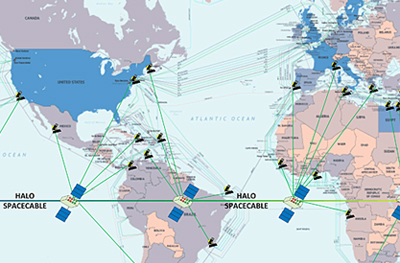 Ihab Tarazi, CTO at Equinix, commented, “By adding SpaceCable as an equivalent offering together with terrestrial and submarine cables, Equinix customers looking for low latency solutions to reach new or emerging markets will have access to a full suite of data transport options."