As they replace solid state lasers as the “source of choice” for countermeasures. 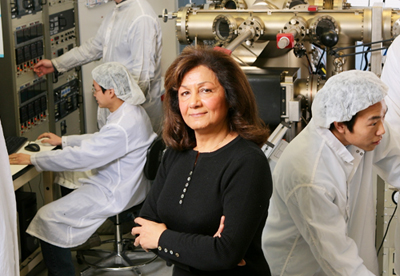 In the Technologies for Optical Countermeasures conference strand of SPIE’s Security + Defense conference in Edinburgh, last week, the application of quantum cascade lasers to defense systems was considered by several key speakers.

QCLs are seeing increasing application in defense and security applications. In many instances they are replacing traditional solid state lasers as the source of choice for countermeasures, remote and in situ sensing and through-barrier sensing and explosives detection.

Following their development and demonstration in the early 1990s, QCLs reached some maturity and specific defense and security application prior to 2005; with much initial development being funded and achieved by DARPA-led initiatives in the US, and DSTL and Ministry of Defence funding initiatives in the UK, and university level R&D such as those by Prof Manijeh Razeghi at Northwestern University, and Prof Ted Masselink at Humboldt University.

As QCLs provide direct mid-IR laser output for electrical input, they demonstrate high quantum efficiency compared with diode pumped solid state lasers with optical parametric oscillators in the generation of mid-infrared outputs. One advantage of QCLs is their broad operational bandwidth, extending from the terahertz to the near-infrared spectral regions.

She said, “The past 20 years have witnessed the tremendous development of quantum cascade lasers. Nowadays, QCLs have become the leading light sources in the mid-infrared wavelength range [3-30 µm], and the only compact light sources that cover the frequency range 1-5THz.

"The special inter-sub-band optical transition of QCL not only enables wide-range laser emissions from mid-infrared to terahertz frequencies simply by tailoring the layer thickness of the quantum well-barrier structures, but also renders giant nonlinear optical properties to the lasers with proper quantum designs.”

Professor Razeghi also presented the recent development of room-temperature, high power terahertz sources based on difference-frequency generation from QCLs including terahertz peak power up to 1.9mW, continuous wave operation at 3.6THz, widely frequency coverage of up to 4.6THz with high side mode suppression ratio of around 40dB from an array of DFB devices, and the monolithic terahertz tuning of a chip-based THz sources up to 4.2THz with power up to 0.1mW in pulsed mode operation. 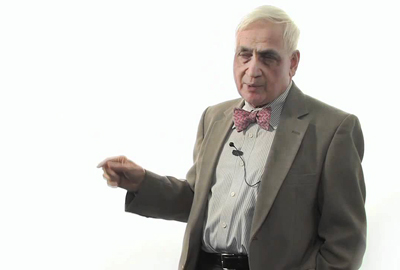 Progress in MWIR and LWIR QCLs

Dr Kumar Patel, of Pranalytica (US) then gave a presentation entitled “Recent progress in MWIR and LWIR quantum cascade lasers”. Pranalytica is a leading manufacturer of QCL systems for industrial and defense markets. With capabilities across the entire 4µm to 12µm spectral region covered by QCLs, Pranalytica's sources cover applications in fields as diverse as spectroscopy, free space optical communications, directed infrared countermeasures and other security areas.

Dr Patel introduced his talk by saying, “There has been an explosion in the applications of quantum cascade lasers in the mid- and longwave infrared spectral regions, because QCLs are the only semiconductor lasers that operate in continuous wave mode at room temperature in this spectral region, by converting electrical power directly into optical power.”

Considering potential security and defense applications of this area of the spectrum, he said, “For Fabry-Perot configuration QCLs, producing broadband powers, these applications include protection of aircraft from MANPADS, DIRCM, testing of infrared countermeasure systems, target pointers/illuminators and IFF beacons.

Many of these applications require high powers and high wall-plug efficiency QCLs. Pranalytica is developing such high performance QCLs through the invention of a novel QCL structure design – the non-resonant extraction, and several engineering inventions including novel facet coating to significantly increase the catastrophic damage threshold and novel composite sub-mount material, AlN:SiC for much improved thermal management.

Dr Patel concluded, “The impact of these innovations is evident from our ability to deliver watt level or higher power at any wavelength from 3.6μm to 12μm. High powers available in Fabry-Perot configuration translate into high powers available from external cavity grating tuned QCLs.

“In the tunable QCL area, we have recently reported significant breakthrough in increasing the rate at which wavelengths can be switched by employing an all-electronic tuning mechanism. This has permitted us to switch wavelengths in a time less than 700ns. This is almost 3-4 orders magnitude faster than that possible using convention grating tuned systems.” 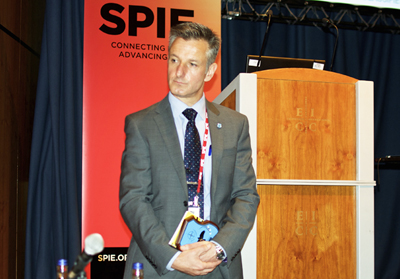 Electronic warfare capabilities, especially photonics-based systems, are increasingly important to defense. While the fundamentals of electron warfare remain essentially the same, the scope of operations today reflects a new paradigm that expands its horizon into the fields of spectrum and cyber - requiring fresh concepts and technologies to outpace the threats.

Elson described the activities of his international defense systems working group known as Nato Air forces Armaments Group Air Capability Group 3, Subgroup 2. He said, “It was all about chaff to start with, leading towards IRCOMs and latterly it’s moved towards assessment of threat and understanding of appropriate defensive and sensing systems.

"These can include radio frequency / infrared / counter terrorism, laser countermeasures and other electro-optic countermeasures linking in to counter the lower technology threats, and optical counter measures especially from what we have learned in theaters such as Afghanistan."

His fascinating talk covered many real world examples of how optical sensing and automated response systems were developed by the various international defense groupings associated with Subgroup2, whether for protecting Chinook helicopters as they drop off troops in warzones to IR-based counter missile systems based on high-speed jet fighters.