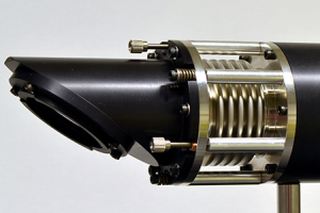 A project at Finland's Aalto University and VTT Technical Research Centre has now developed a technique for measuring the luminous efficacy of LEDs with greater accuracy than previously possible, opening up the path to adoption of the new sources as photometric standards with increased confidence.

According to the researchers, the new method improved the relative uncertainty in luminous efficacy measurements from the five percent level said to be common today, to one per cent. The results were published in Light: Science and Applications.

"The photometers that lamp manufacturers use for calibrating their devices have been produced and calibrated for incandescent lamps, which results in errors when measuring the efficacy of LEDs," commented Tomi Pulli of Aalto University.

"In our research, we used a LED lamp with a well-defined spectrum and our PQED detector, whose spectral responsivity can be determined highly accurately. There was no need for the problematic optical filters used in applications based on incandescent lamps. Indeed, accurately determining and analyzing the spectrum of the LED was the most challenging and crucial part of the research."

The team's PQED - for "predictable quantum efficient detector" - device employs a silicon-based photodiode fabricated from low-doped p-type silicon, according to the group's website, ensuring that the loss mechanisms of charge carriers are almost completely eliminated.

Using the PQED as the broadband detector in the measurement of LED efficacy improves the accuracy of the measurements, because its absolute spectral responsivity can be predicted with a relative uncertainty of less than 0.01 percent.

Real-world conditions
The team's paper indicates that the new method eliminates the need for the photometric filters traditionally used in photometry, instead carrying out photometric weighting numerically based on the measured relative spectrum of the source.

The detector used by the researchers measures the illuminance of LEDs in a very small area, so the next step will involve moving on to measurements and conditions corresponding more closely to real-world lighting scenarios, where LEDs emit light in all directions.

This will involve a device called an integrated sphere, which takes into account light coming from different angles.

"There is still little information available on their actual efficacy and aging properties of LEDs," commented Erkki Ikonen of Aalto University. "It is essential to determine luminous efficacy as accurately as possible, so that such lamps can be introduced into the market and transform as much electrical energy as possible into light useful to the human eye."