Companies feature among 11 different research projects to receive a total $24 million in funding from ARPA-E. 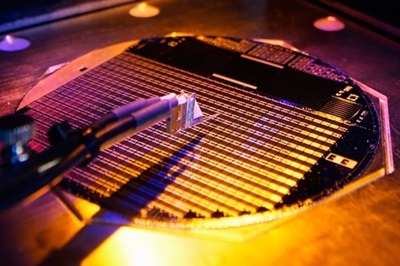 That support comes despite a host of CPV business failures over the past few years, the sub-sector having been decimated by the plummeting price of more conventional solar panels based on crystalline silicon or thin-film PV. Soitec, one of the few remaining commercial providers, is currently struggling to off-load its CPV division after its planned sale to a Chinese buyer fell through last month.

Where the ARPA-E projects are fundamentally different to existing commercial CPV is that they integrate concentrating technology and tracking elements within PV cells. In doing so the “micro-scale optimized solar cell arrays with integrated concentration” (MOSAIC) effort, which represents the agency’s newest development program, is aiming to cut the cost of some of the most complex and expensive elements of conventional “macro” CPV.

Whether integration of concentration optics and tracking systems at the micro-scale will prove any more successful than the current macro-scale CPV technology remains to be seen, but the 11 projects to receive funding do include several high-profile laboratories – as well as commercial partners in the form of the US wings of Panasonic and Sharp, the University of Illinois John Rogers lab spin-out Semprius, and California’s Glint Photonics.

According to an ARPA-E factsheet detailing the 11 projects, the modules will typically incorporate thousands of tiny lenses to concentrate sunlight onto solar arrays.

“These micro-scale concentrated PV (micro-CPV) technologies will be integrated into ‘flat plate’ solar panels to improve their efficiency and cost,” writes the agency. “This micro-CPV approach addresses the constraints of conventional CPV, which, while highly efficient, has not been widely adopted due to its high cost, large size, and expensive solar tracking systems.”

Project details
The project teams are set to address those limitations with a variety of innovative materials, micro-scale manufacturing techniques, panel architectures, and tracking schemes.

The first is for complete systems designed to integrate micro-CPV for sunny locations with high direct normal incident (DNI) solar radiation – the traditional target for existing CPV. However, other systems under development will be designed for less sunny regions with a lower DNI or a high level of diffuse solar radiation. The third project category looks to address “partial solutions” to specific technology challenges.

ARPA-E has awarded a total $6.5 million for the three projects working on high-DNI systems. Panasonic’s Boston Laboratory, which also works on laser technologies, is set to develop two micro-tracking sub-systems that can be mounted inside photovoltaic panels.

They will allow individual lenses to focus direct sunlight onto solar cells throughout the day, meaning that low-profile CPV systems could be positioned on rooftops. “This will deliver high efficiency concentrated solar photovoltaics without a cumbersome two-axis tilting system,” says the firm.

The Panasonic subsystems will be based on rows of lenslets tilted about their long axis, while a second axis rotates the array to keep each the optical axis of each lens parallel to the sun.