Provider of furnaces for manufacturing sapphire expects to emerge from bankruptcy proceedings in the first quarter of 2016. 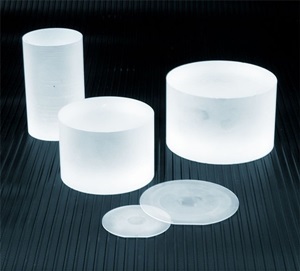 GT Advanced Technologies (GTAT), the US-headquartered provider of furnaces used to produce large sapphire crystals for optical and other applications, is to shed nearly half of its workforce as it emerges from Chapter 11 bankruptcy proceedings.

The Merrimack, New Hampshire, company is recovering from an ill-fated encounter with Apple that initially saw hundreds of millions of dollars invested in furnace development and production in the US.

Apple had been planning to use GTAT as a captive supplier of sapphire material in unprecedented volumes for scratch-proof screens in various consumer electronics applications, but the deal turned sour last year and left GTAT burning through cash at a rate of $1 million every day. The company filed for Chapter 11 bankruptcy protection in the US courts last October - a move that caught both equity analysts and Apple by surprise.

However the two companies did then agree a settlement, and in July GTAT revealed that it had secured a $95 million “debtor-in-possession” loan on its path to recovery. Having just parted company with Tom Gutierrez, the CEO who oversaw the Apple disaster, GTAT says it is now taking the necessary steps to align its cost structure with a revised business plan and a route out of bankruptcy.

New CEO
Under new CEO David Keck, an executive who was previously in charge of GTAT’s worldwide sales operation, the company is returning to focus on its core technologies: the equipment needed to make sapphire and polysilicon materials.

On top of that, it is aiming to commercialize its newly developed “Merlin” cell interconnect technology for PV applications, and will retain an effort focused on specialty sapphire materials. “The company is taking steps to ensure that its solar PV product offerings are ready to capitalize on new demand from customers as the solar capital equipment business returns to growth over the next two years,” announced the firm.

However, the new plan inevitably involves some difficult decisions, and although GTAT is still evaluating the “strategic importance” of its other businesses, a headcount reduction of approximately 40 per cent is expected.

Exactly how many jobs that means at this stage is unclear. At one time, GTAT had planned to hire more than 1000 workers when building out the Arizona factory where it had been expecting to produce sapphire for Apple – although many of those were laid off nearly a year ago.

The latest round of layoffs should also reduce the company’s operating expenses by around 40 per cent as GTAT seeks to return to profitable operation.