Record sales of $235m due to strength in materials processing and high power laser sales. 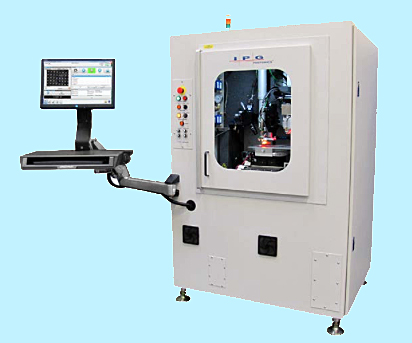 Industrial fiber laser giant IPG Photonics has this week reported financial results for its second trading quarter of 2015. Once again the company has announced “record” revenues as well as a gross margin of 55% and increased earnings per share of $1.15, up 25% on Q2 2014.

Dr. Valentin Gapontsev, IPG's CEO, commented, “We grew revenues 22% year over year to a record $235.1 million for the second quarter, as we continue to expand market penetration of fiber lasers in materials processing applications. This has been achieved by our increasing scale, continued innovation and operating efficiencies.”

Gapontsev commented on the global financial conditions that acted to limit IPG’s performance: “Growth would have been considerably higher if we excluded the forced drop in prices of our major products in dollars from an 18% drop in exchange rate between euros and dollars. For example, in units, we increased sales of our kilowatt fiber lasers by 40% whereas in dollars it was fixed sales growth of only 27%."

Nevertheless, market behavior is favoring IPG's range of fiber-based and QCW lasers. He added: “Our fiber laser products continue to displace CO2 and YAG lasers in many applications. In addition to the gains made by high and mid-power product we have seen increased traction from our QCW product.”

During the second quarter, IPG generated $49.4m in cash from operations and used $18.6m to finance capital expenditures. IPG ended the quarter with $571.5m in cash and cash equivalents after repayment of an $11m term loan which matured in the second quarter.

For the third quarter, the company expects revenue in the range of $235m to $250m, with similar or slightly improved earnings per share. Gapontsev commented, "Our book-to-bill ratio continued to be significantly better than one. As we enter the second half of 2015, we remain focused on establishing partnerships with new OEMs and end-users, deepening our relationships with existing customers and developing the next generation of fiber laser-based products."

In the question and answer session following the company’s statements at Tuesday’s analyst conference, Gapontsev was asked about IPG’s longstanding customer Chinese company Han’s Laser and its plans to start making its own fiber lasers.

Gapontsev replied: “There have been concerns regarding the near-term impact on IPG. First and foremost, this company remains an IPG customer. Their announcement has not affected orders or our current relationship with them and we are confident that they will remain a serious customer in the future.

”They are not our first customer or competitor to try to develop a fiber laser. The long-term reliability, performance and price points that IPG offers have so far been unmatched by competition due to our continued investments in technology. We are now many generations ahead, further limiting, we believe, the ability of competition to catch-up."

Asked about a possible slowdown in the general Chinese economy and how it might affect IPG’s business there, IPG’s CFO Timothy Mammen said, “To-date, we have not seen any change in order flow out of China. We had a very good quarter and guidance includes another strong quarter from China. So, right now, with all even the economic uncertainty out there and all the noise, we are not really seeing any changes around demand patterns.’

Questioned about the rapid growth of 3D manufacturing and the opportunities this sector presents to IPG Photonics, Mammen said it had generated more than $30 million worth of business for the company in the first half of 2015, adding “I still think that the market probably can grow in terms of applications in the near term to $50 million. IPG still views the metal processing aspect of that to be ultimately a very significant contributor to the industrial market.”

Gapontsev added, “We're working on this application in two ways. One is to sell our own lasers for existing system manufacturers and integrators and the demand is growing during these two quarters. And from other side, we are developing new applications and new technology in this area. We have preliminary good results with about 10 prototypes for new solutions. We're working together with very serious partners, which means very top, very large industrial companies in the U.S., Europe and Russia.”