Optical cable will improve data- and telecoms traffic between Brazil and Portugal, with direct links to continental networks. 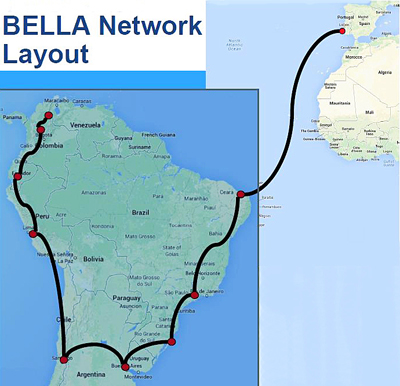 The EC is supporting a new submarine fiber-optic cable between Europe and Latin America.

Today, Latin America relies on undersea cables linking it to the US to carry almost all (85-90%) of its communications ultimately intended for Europe. The existing cable directly between Latin America and Europe is outdated and only used for voice transmission.

But this situation is set to change with a new international agreement for new 6000km-submarine optical fiber cable between Europe and Latin America, linking Lisbon, Portugal, with Fortaleza, Brazil.

The initiative, supported by the European Commission, which is already committing €25m to the endeavor, and other bodies, “will bring the two continents closer and boost education, research and innovation as well as business exchanges”, say the promoters.

A launch statement from the EC said, “The cable should reduce connection costs and provide many more private consumers, organizations and companies with a very high-speed Internet connection. The so-called EULALINK Joint Venture agreement between the two consortium partners, Telebras of Brazil and Islalink of Spain, has just been signed.

The European Commission is supporting a group of public players in the consortium called BELLA (Building European Link to Latin America) which will benefit from the new capabilities offered by the future subsea cable. The primary goals are to improve the interconnection of the regional research and education networks of Europe and Latin-America and the intra-regional academic connectivity in Latin-America, in order to achieve policy objectives related to international cooperation and regional development, e-infrastructure, security and space.

The new link is expected to reduce connection costs and provide many more households, organisations and companies with a high-speed Internet connection. This cable will empower our continents to benefit fully from the opportunities offered by new technologies. Work is scheduled to start this year and the cable should be operational at the end of 2017. It was one of the topics discussed at last month’s EU High-level Summit with the Community of Latin American and Caribbean States. 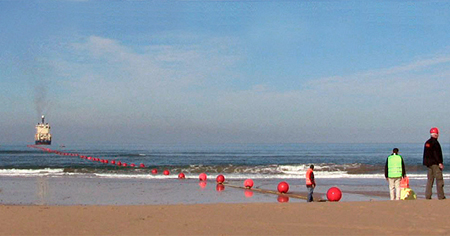 6000km to go: undersea cable-laying starts at the beach.

The EU funding is intended to be used for the following purposes: