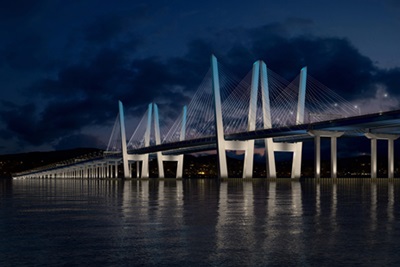 Lighting, consumer goods and medical imaging giant Philips has posted higher sales and profits in its latest quarter, aided by better profitability within its LED-related business.

CEO Frans van Houten told investors that despite a marked decline in sales of conventional lighting technologies – which were down 16 per cent year-on-year – LED lighting sales were up 21 per cent. As a result, total lighting sales declined only 3 per cent on a like-for-like basis, and were up nearly 14 per cent to $1.84 billion nominally.

The latest shift towards energy-efficient technology means that LEDs now account for 40 per cent of Philips’ lighting sales - around $735 million - up from 34 per cent a year ago. Meanwhile the division’s profitability improved thanks to trimmed costs and better productivity within the light sources and electronics unit.

Philips, a key sponsor of this year's United Nations International Year of Light and Light-based Technologies, is in the middle of a major restructuring effort. The lighting division is being set up to operate as a separate entity from February next year, ahead of a likely spin-off or sale.

A majority share of the company’s Lumileds and automotive lighting business is also being sold off to a China-led private equity group. However, Philips says that the deal with GO Scale Capital will now close in the final quarter of 2015 because of “additional time required for regulatory approvals”.

Connected lighting
Van Houten highlighted a number of recent developments in lighting, among them a giant installation at a French hypermarket that is set to reduce electricity consumption for lighting by half while sending news of product promotions directly to shoppers’ smart phones via an infrared link.

As well as that, Philips is to install a cloud-connected LED lighting system to illuminate a new bridge across the Hudson River in New York. The “New NY” twin-span bridge is set to replace the old Tappan Zee bridge, which spans the Hudson at one of its widest points, and is said to be the single largest bridge construction project in New York’s history.

More than three miles long, it will feature 2700 Philips Color Kinetics lighting fixtures and 500 LED streetlamps when completed, all remotely controlled and set to cut power consumption by a claimed 75 per cent.

Less technologically advanced but arguably to have more impact, Philips is also set to ship no fewer than 15 million of its 7 W LED lamps to India, after winning a deal to help the Indian government meet its targets for promoting energy-efficient lighting while reducing demand on the country’s creaking electricity infrastructure at peak times.

Philips maintains that the total lighting market is set to grow at between 2 per cent and 4 per cent each year, reaching €75-85 billion in 2019. LED penetration is expected to be as high as 70 per cent by then, having grown faster than previously forecast in recent years as the cost of the technology has dropped.

The Netherlands-based company says that its LED sales have amounted to €2.7 billion over the past 12 months.

Despite warning of “increasing concerns” about the macro-economic environment, particularly in China, Russia, and Latin America, Philips’ stock price rose by around 5 per cent after the latest financial update, with investors apparently buoyed by the positive trends in both lighting and healthcare.