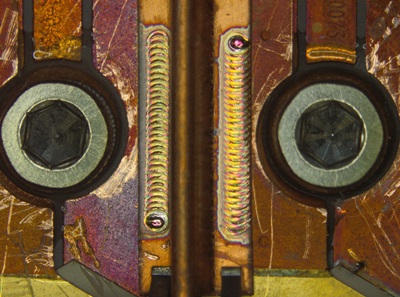 Laser and machine tool giant Trumpf says that its sales for its latest fiscal year, which ended June 30, rose around 5 per cent to set another record figure of just over €2.7 billion.

And although the German firm may have been aided somewhat by the weakening euro currency, the rise comes amid what it describes as a “difficult” market environment, as well as the sale of its medical technology division last August.

Company president Nicola Leibinger-Kammüller said: "We're especially pleased that we've been able to compensate in both indicators for the discontinuation of our medical technology division in the first year after the sale, and in a generally difficult market environment as well.”

In the prior fiscal year, the medical technology division had contributed €185 million worth of sales to a record-totaling €2.59 billion.

"We generated the past fiscal year's growth in our core business, and were able to reinforce it with targeted acquisitions,” added Leibinger-Kammüller. In the laser business this has included UK-based JK Lasers, previously part of the GSI Group.

“Formidable competitor”
According to one commentator, that has helped to create a “formidable fiber laser competitor” in a sector where several laser firms vying to take some share away from market leader IPG Photonics.

Industry analyst Mark Douglass from Longbow Research said after the recent Laser World of Photonics show in Munich that the new combination of JK with another of Trumpf’s UK subsidiaries - SPI Lasers – expands the power range of the Trumpf group’s fiber lasers while providing cost synergies and further volumes to help fill up its laser diode fab.

In Munich Trumpf launched a raft of new lasers, including a pulsed green laser for welding copper, which is highly reflective at near-infrared wavelengths but absorbs well in the green. As a result, copper reaches its melting temperature faster, the welding process starts quicker, and less laser power is needed. The 400 W average power, 515 nm source is based on a frequency-doubled disk design.

Looking ahead, Leibinger-Kammüller sees more positive developments in the form of a strong order book, saying: "With a book-to-bill ratio of above one…we have created good foundations for new fiscal year of 2015/16 that has just begun.”

Trumpf is set to present its full financial results, including specific details of its laser division’s performance and company profits, at a press conference on October 22.