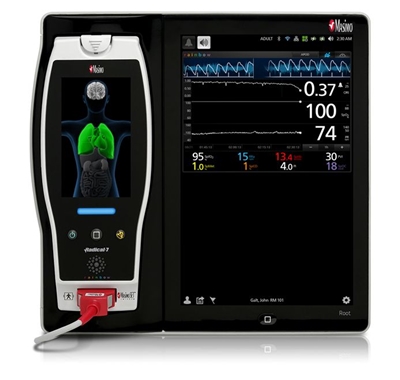 A US court has upheld the award of $467 million in damages payable by industrial giant Philips to Masimo Corporation, after denying Philips’ request for a re-trial in a long-running patent dispute.

The case, which relates to pulse oximeter technology and the measurement of blood oxygenation by absorption of light at two different wavelengths, came to a head last year when a jury in Delaware found in favor of Masimo.

Although Philips had admitted to infringing Masimo’s patents shortly before the jury trial began, it contended that those patents were invalid on the grounds of being obvious, and/or indefinite. The jury disagreed, and awarded Masimo the $467 million in damages.

Shortly afterwards, Philips decided to appeal both the verdict and the level of damages, as well as demanding a re-trial in a case that was initially brought by Masimo back in February 2009.

Following a hearing earlier this year, Judge Leonard Stark has now ruled against those various requests by Philips, whose US and German subsidiaries were involved in the case. They had appealed the jury verdict partly by alleging “inequitable conduct” by Masimo, and also by calling for a so-called “judgment as a matter of law” to overturn the decision.

Re-trial rejected
Philips had requested a re-trial partly on the basis that Masimo’s court team had “tainted the jury with unduly prejudicial statements” about Philips’ decision not to contest the claim of infringement in the original trial.

But despite some criticism of the Masimo court team’s behavior, which he said was not “a model of ideal court conduct”, and could have confused the jury, Judge Stark dismissed all of the Philips requests - including its call for a massive reduction in the level of damages awarded.

Stark’s rulings, seen by optics.org, state: “[This] was a case in which Philips took on the burden to prove, by clear and convincing evidence, that Masimo's patents - for which other industry players had paid hundreds of millions of dollars to use - were invalid not just as anticipated, not just as obvious, but also as lacking written description and enablement, and as indefinite.”

Nellcor history
That reference to other industry players became a key element of the case, and of the Masimo court team’s strategy to win over the jury. In particular, it relates to an earlier patent dispute over pulse oximetry with Nellcor (now part of healthcare giant Covidien) that Masimo won in 2004, and in which Re also represented Masimo. In that case, Masimo was awarded more than $500 million in damages.

In ruling out Philips’ request for a dramatic reduction in the level of damages awarded by the jury, Stark wrote:

“Given the Court's conclusions regarding Nonin PureSAT [a different pulse oximeter], there is no basis for the Court to order a new trial on damages or to remit the jury's award to $23 million, which Philips contends would be the appropriate calculation of reasonable royalty damages.”

Philips to fight on
Asked to comment on the latest court rulings, Philips told optics.org that the case was complex, and involved various phases: "Decisions by the Court on May 18, 2015, are part of the first phase of this ongoing and extensive litigation between Philips and Masimo," it said.

While acknowledging that its motions to reverse the jury's verdict and reduce the damages award had been denied, Philips pointed out: "The Court, however, also denied Masimo's motion to dismiss our charges of patent misuse and violation of the anti-trust laws by Masimo."

It concluded: "Philips will continue to pursue all avenues of appeal of this verdict at both the District and Appellate court levels. The May 18 ruling does not alter our confidence that we will ultimately prevail in establishing that Philips has not infringed any valid Masimo patent in this suit."

Widely used in healthcare settings already, pulse oximetry technology is now beginning to appear in wearable consumer products such as fitness bracelets, with Apple rumored to be looking to add similar functionality for future generations of its iWatch.