Company aiming to establish the hi-tech city as a "global base for photonics display industry". 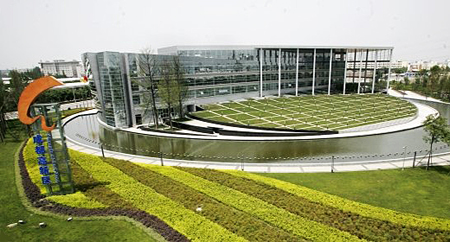 BOE and Chengdu Hi-tech Zone have worked in partnership for many years. In 2007, BOE invested RMB3.1bn to build the Gen 4.5 TFT-LCD project in Chengdu and in 2011, BOE expanded the Chengdu LTPS TFT-LCD/AMOLED production line to offer over 30 different products. In 2013, Chengdu BOE Optoelectronics Technology achieved sales revenue of RMB4.4bn and export sales of $600m.

According to market analyst NPD DisplaySearch, the demand for LTPS panels will continue to grow with the popularity of high-resolution smart phones and increasing sizes of smart phone screens.

BOE commented that its new production line in Chengdu, once completed, will increase its competitiveness in small and medium-sized high-end displays. The new production line announcement stated, “The company will gain greater overall strengths in high-performance mobile phone panels and displays for mobile devices, a higher proportion of products with higher gross margins, and better capacity to withstand market fluctuations.”

Liu Xiaodong, COO of BOE Technology Group, said, "As a leading city in Southwest China, Chengdu possesses an integrated industrial production resource for the electronic information industry, with multiple skills and human resources, a massive market and favorable transportation and logistics infrastructure. With the benefit of the Gen 6 production line, BOE will use Chengdu as a base from which to expand into larger global markets, significantly enhancing the competitiveness of its high-end display products.”

Besides BOE, both China National Building Materials Group Corporation and Tianma Microelectronics Company, Ltd. have established manufacturing bases in Chengdu. In mid-August 2014, China Electronics Corporation announced it would be investing RMB 28bn to build a "Gen 8.5" panel production line project in Chengdu, “to shape it into one of the most advanced and competitive LCD production lines in the future. “