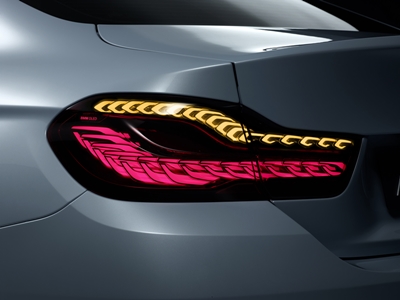 Germany-headquartered lighting giant Osram is eyeing a company separation along the lines of that from rival Philips, as the industry gets to grips with the revolution brought about by solid-state technologies.

Announcing the company’s latest quarterly results, CEO Olaf Berlien said that Osram needed to “face the realities of the market”, which has essentially become two very different sectors – one characterized by volume lighting products and fierce competition, and a second where customization and technological innovation are the dominant factors.

Berlien said that Osram’s supervisory board had now given plans to “carve out” the general lighting lamps business as a separate entity. “The businesses with opto semiconductors, automotive and specialty lighting as well as luminaires, lighting systems and solutions would as a result form the future core business of Osram,” announced the firm.

The move mirrors that of Philips, although Osram’s Dutch rival is taking a slightly different tack by also selling off its combined LED component and automotive units to a private equity group backed by partners in the US and China.

Like Philips, the upheaval in the lighting industry is having a huge impact on Osram’s sales figures. While Philips yesterday reported a 16 per cent year-on-year decline in sales of conventional lighting products, Osram said that its sales of “classic lamps and ballasts” had dropped 8.5 per cent over the same period, but when currency effects are included the true decline was 16 per cent – exactly the same as Philips.

Meanwhile, Osram’s Opto Semiconductors unit, which produces LED chips and packaged components, reported a 19 per cent increase in sales to $321.5 million and its specialty lighting unit boasted a similar increase in revenues, both aided by the weak euro.

Sales of LED-based lamps and systems grew even more strongly, up more than 56 per cent to $164 million in the quarter – although this division still posted a loss on those sales, indicating perhaps the level of competition in this area.

Lighting control
Overall, Osram posted sales of just under €1.4 billion, up nearly 10 per cent on the same period in 2014 – although that increase was due to a combination of the weak euro and the acquisition of Italian projector specialist Clay Paky in late 2014. Ignore those two effects, and Osram’s sales would have been slightly down on a like-for-like basis.

Berlien says that as the lighting market bifurcates into two distinct sectors, the “fully integrated player”, as defined by the traditional Philips and Osram businesses, loses its advantage.

Examples of the kinds of applications that Osram is likely to be concentrating on in the future include the organic LED (OLED) rear lights that appeared on a BMW concept car during January’s Consumer Electronics Show in Las Vegas, and the large-scale conversion of streetlighting in Milan, Italy, to a digital system controlled using Osram technology.

The company’s “Lightify” control system and lighting technologies will also be in evidence at next month’s Eurovision Song Contest, which is being held in Vienna. This year’s event will feature a smartphone app that fans will be able to use to influence lighting in the Austrian capital city’s Rathausplatz.

Votes made via the app for the various contestants during the final show will be translated into a color, with red light indicating the maximum 12 points, and blue light for a single point.