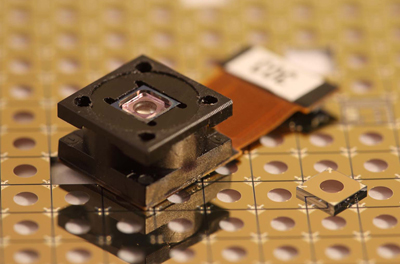 The Touch & Refocus approach is based on poLight's so-called "true focus" imaging, which can generate full resolution pictures focused at selectable distances and/or depths of field. The driving software works using focus bracketing.

“Smartphone users will therefore be able to edit their pictures and create sharp images of the subject with a natural bokeh (blurred background, which suits certain creative situations),” said Christian Dupont, Chief Marketing Officer at poLight. “They will also be able to change the depth of focus all the way through to achieving high quality all-in-focus images.”

Christian Rokseth, CEO at Bartec Pixavi, added, "Our customers often work in hazardous and difficult to access environments, so thanks to poLight’s TLens functionality, they will be able to take blind shots and still obtain a perfectly sharp picture using this touch & refocus capability. On top of this, poLight’s TLens 1ms focus response time will enable our camera to perform Instant focus, as well as all-in-focus video and images.” 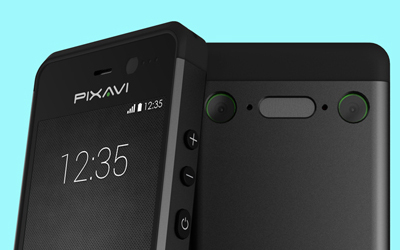 poLight added that its TLens offers many performance benefits over today's conventional VCM (Voice Coil Motor) technology widely used in current mobile devices. It achieves a 10 to 15 times faster performance in terms of focus response time and 30 times lower than typical systems in terms of power consumption, the developer added.

poLight is a fabless optical MEMS company and has recently raised $19m (€17m) to accelerate the commercialization of its TLens which will be produced in the ST MEMS wafer factory in Italy from the second half of 2015.

Bartec Pixavi is based in Stavanger, Norway and develops Ex- and ATEX-certified communication products, mobile devices, and wireless infrastructure for use in hazardous areas. It is part of the Bartec Group, a leading player in explosion protection, based in Bad Mergentheim, Germany.