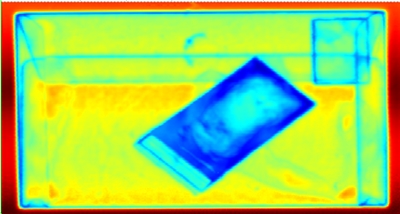 The Cambridge firm, which spun out of Toshiba Research Europe in 2001, and has close links with the nearby Cavendish Laboratory, has just shipped and installed its new portable “TeraPulse 4000” imaging and spectroscopy kit at the Laboratoire Ondes et Matière d'Aquitaine (LOMA) in Bordeaux, France.

Patrick Mounaix, a professor at LOMA with expertise in terahertz technology, is to use the system as part of the “InPoSec” project, a German-French collaboration to improve postal security.

According to TeraView’s data sheet, the benchtop-sized instrument – which is based around an ultrashort-pulsed fiber laser - covers a spectral range from 0.06 THz to 4 THz, with an optional extension to 7 THz.

This almost totally unexploited part of the electromagnetic spectrum lies between the far-infrared and microwave regions, and in theory offers a powerful new way to image and identify materials including explosives and pharmaceuticals. However, until recently systems have been based around bulky Ti:sapphire lasers to generate terahertz radiation, and as a result have only really been suitable for laboratory use.

TeraView CEO and co-founder Don Arnone said: “We have received substantial interest in the TeraPulse 4000, and are delighted by the quick acceptance of the new system by our customers.”

Art and communications applications
Having launched the new system just last month, TeraView told optics.org that it had two additional orders beyond the one already shipped to Bordeaux.

“One system will be used to look at atmospheric transmission of terahertz [frequencies] for high-bandwidth communications applications,” said the company. “The other unit will look for hidden layers below the outer surface of paintings and other pieces of fine art.”

TeraView added that it is expecting to sell more TeraPulse 4000 systems this year, with anticipated applications including the characterization of active ingredients in pharmaceuticals, explosives detection, and non-destructive materials testing.

”The new software package fully integrates the spectroscopic and imaging capabilities of the unit into one common user interface,” says the firm. “The system can also be supplied with its own LABVIEW interface to allow customers to configure the software into their own applications.”

External fibers
For the postal security application in Bordeaux, the instrument was fitted with external fibers, to provide a flexible setup that can be adapted for different experiments.

The InPoSec project, which began in early 2012 and is now in its closing stages, involves both Groupe La Poste in France and Germany’s Deutsche Post. Its overall goal is to improve the security of postal supply chains against terrorist groups and organized crime, using imaging technologies that are better suited to the application than conventional but slow and bulky X-ray systems that are really only useful for air and sea freight.

When launched last month, Arnone said of the new system: "TeraPulse represents a substantial investment by TeraView in the future of terahertz instrumentation, developed with extensive feedback from our customers around the world."

TeraView is one of many partners involved in a five-year, £6.6 million project to develop terahertz technology funded by the UK's Engineering and Physical Sciences Research Council (EPSRC) that runs until April 2017.

Called the COherent Terahertz Systems (COTS) project, it also involves the UK's Home Office, with industrial partners including the likes of Airbus, IBM and Smiths-Detection. 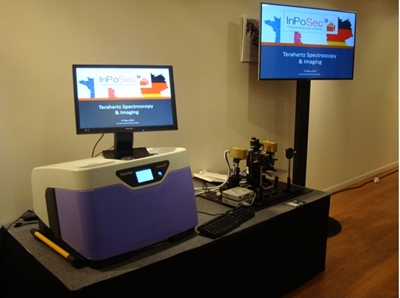 "It takes all of the reliability, stability and improved performance achieved over the last several years, and puts them into a smaller, lighter package with enhanced capabilities," said Arnone of the company's latest technology. "The TeraPulse 4000 is designed to serve as a versatile core unit which can be configured for a variety of laboratory, production and other industrial applications.

"We are also planning other exciting additions to the TeraPulse range over the coming months, which come out of our continued commitment to research and development of terahertz technology as well as close collaborations with our customers and partners."