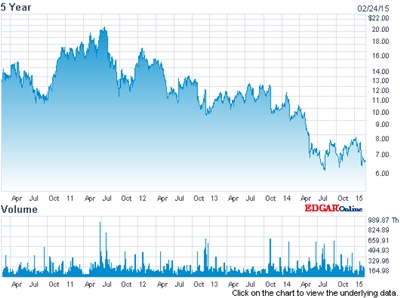 Executives at the laser micromachining equipment company Electro Scientific Industries (ESI) have suspended the company’s quarterly dividend pay-out with immediate effect, instead prioritizing a higher than expected investment in the business.

Ed Grady, CEO of the Portland, Oregon, firm, said that the “prudent and responsible” decision was needed partly to support a ramp of internal laser production, because of wider interest in its products.

“Although we would prefer to maintain the dividend, we believe that it’s in the better interest of all of our constituents to ensure the funding of our growth strategy,” he told a hastily arranged conference call with investors.

Grady added: “The responsible decision is to suspend the dividend, allowing us to fund the executive phase of our strategy in the most cost-efficient manner possible, while maintaining a solid balance sheet.”

He pointed out that although ESI has paid out some $87 million in shareholder dividends over the past three years, the company has undergone some major changes. Since May 2011, when ESI's stock price traded at just under $20, investors have seen the value of the company slump. Following news of the dividend suspension on February 23, ESI's stock traded down slightly on the Nasdaq exchange to close at $6.32.

“A lot has happened at ESI since we started paying the dividend,” said Grady, previously an executive at semiconductor firms KLA-Tencor and Hoya Micromask. “We are a different company, in a very different market.”

The 67-year-old has been leading that strategic transition for almost exactly a year, after replacing Nick Konidaris as CEO last February. Key decisions since then have included the recent acquisition of the China-based laser manufacturer Topwin for around $18 million.

Short-term pain
“Turnarounds require painful actions but these actions are necessary to deliver the long-term value in our plan,” he said, adding that customers involved in PCB manufacturing had shown interest in a broader range of applications for ESI’s new products than the company had been anticipating.

That means ESI needs to ramp internal laser production, as well as deploy more units for product qualification and field extra demonstration equipment. When they announced ESI’s latest financial results in late January, the executive team reported a net loss of $20.9 million for the first nine months of the company’s fiscal year, and just over $70 million in cash holdings on its balance sheet.

Grady described the dividend suspension as a classic “bad news/good news” scenario, saying: “[It’s] bad news for short-term yield, but good news that the market pull is higher than expected.”

At the Stifel Technology, Internet and Media investor conference held earlier this month, ESI highlighted its new strategy, contrasting its “old” focus on product differentiation through maximum performance with its new focus on cost-of-ownership and a more aggressive market approach.

Central to that strategy is the use of both external and internal supplies of lasers, as evidenced by the Topwin deal. ESI also acquired the French fiber laser company Eolite Systems for $10 million back in 2012, and views the high peak powers from its fiber sources and tailored pulses as two key technical advantages.

The plan is to triple ESI’s addressable market within three years as it targets a global market for laser micromachining systems estimated to be worth a total $2.6 billion, with future growth driven largely by smart phone and tablet production.

Recent product launches from the company have included a new “Cornerstone” multi-beam ultraviolet laser drilling tool for fabricating micro via holes in semiconductor substrates. ESI reckons that this system adds around $200 million to its addressable market.

The company believes that it can return to break-even financial performance on quarterly sales of $50 million, and has been introducing a number of cost-cutting initiatives in a bid to achieve that.