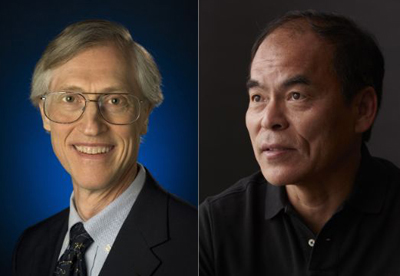 As it approaches its close in February 2016, the International Year of Light organizers have already concluded that it has been “a tremendously successful global initiative with thousands of events reaching millions of people in over a hundred countries”.

The UNESCO-led initiative will be brought to an official close with a ceremony held over three days from February 4-6, 2016 in Mérida, Mexico. The final programme will be released in January, but the organizers have announced some preliminary information about topics and star speakers.

The closing ceremony will provide a forum to both continue the celebration of light and its many applications in science and society, but also will discuss the achievements of the International Year and look forward to continuing its success in the future.

The program will be opened by messages from UN, UNESCO and IYL2015 leaders, and a range of eminent speakers will then contribute over three days in a series of keynote lectures, symposia and round-tables covering areas of basic science, technology, development, lighting solutions in society, art and culture, the history of science, and science policy.

The event will also include a film and video festival and an extensive outreach program, which will be open to the public. A parallel cultural program will showcase performances and installations from leading light artists, and an optional excursion to the Mayan Archaeological Site of Chichen Itza will also be offered to participants.

Keynote speakers include Nobel laureates John Mather and Shuji Nakamura. Mather is an astrophysicist and cosmologist who won the 2006 Nobel Prize in Physics. He is senior astrophysicist the NASA Goddard Space Flight Center and was listed in 2007 amongst Time magazine's 100 Most Influential People in The World. Nakamura is an electronic engineer and won the 2014 Nobel prize in Physics for his invention of the blue LED, a major breakthrough in lighting technology.

The organizers are expecting an audience of at least 500 including members of the International Year of Light community from diplomatic, scientific and business sectors around the world. Attendance is by invitation only to key members of the IYL2015 scientific community as well as our partners and sponsors from around the world. A range of sponsorship opportunities are available, and a limited number of places will also be reserved for students wishing to provide logistical support.