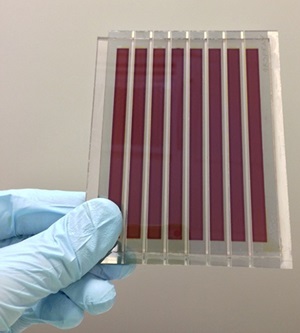 Researchers involved in a €10.6 million European research project claim to have demonstrated a cost-effective way to make graphene on an industrial scale.

According to the GRAFOL project co-ordinator John Robertson, from the University of Cambridge, the key result of the four-year effort is the development of a roll-to-roll production tool capable of making large sheets of the single-layer carbon material.

In a post on the European Commission’s Horizon 2020 web site, he said: “This is the first time something like this has been realized commercially; other developments in this field have mainly appeared in scientific journals. We have shown that the tool, which operates at atmospheric pressure and at reduced operating temperature, is the best route to low-cost manufacture.”

He added: “We demonstrated that this works, and that it is flexible, but the main point here is cost. Nobody will use graphene if it costs many times more than other materials. This is the big deal about the R2R tool; that it can lower the cost.”

The project team also believes that graphene could be used as a substitute for transparent indium tin oxide (ITO) electrodes used in organic LEDs (OLEDs), enabling flexible designs while helping reduce the reliance on scarce supplies of indium.

CVD option
Central to the project is the Germany-based company Aixtron, which is best known as a key supplier of metal-organic chemical vapor deposition (MOCVD) tools that are widely used to deposit active semiconductor layers in LED and laser diode structures.

As well as its realization of a roll-to-roll tool, the team showed that it is possible to adapt the chemical vapor deposition method to grow graphene on 300 mm-diameter silicon wafers – the standard size currently used in the semiconductor industry. That suggests the potential to integrate graphene in silicon photonics platforms.

However, Robertson also stressed that there are still some major challenges to overcome before graphene can become part of a truly volume device manufacturing process, saying: “Applying graphene to other substrates still requires a transfer process that forms a big log-jam and there needs to be a large-scale commercial demonstration of this step.”

Commercial partners
Among the commercial partners involved in the Seventh Framework Programme (FP7) effort were big-hitters Intel, Philips and Thales, while GRAFOL also aimed to develop graphene-based optical modulators and integrate these within a silicon photonics platform.

Another application to benefit could be photovoltaics, with the potential for producing flexible thin-film solar cells with transparent electrodes.

Robertson summed up: “The project results will definitely attract companies from different sectors to graphene technology, because the production costs are now at an affordable level for their industries.

“The companies involved in the project also plan to take the project results to the next level by introducing new products in the market, like for example the roll-to-roll deposition tool, and all-carbon interconnects.”

Aside from Aixtron, the likely beneficiaries will include the Spanish company Graphenea. Founded in 2010, the San Sebastian firm sells graphene products in a variety of forms and is part of the European Commission’s ten-year Graphene Flagship research effort.

Progress in dev & benchmarking of #graphene on flexible substrates from our WP #FlexibleElec https://t.co/RqEamDhSPd pic.twitter.com/FEplmmm4PL