Sales and profit up at Gooch & Housego 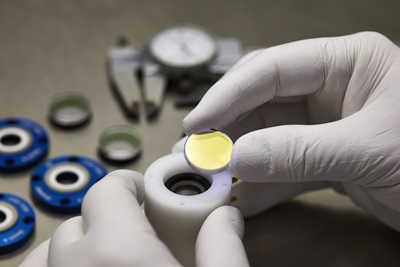 Optical component and system maker Gooch & Housego (G&H) has reported solid increases in both sales and pre-tax profit for its latest financial year, thanks to strong demand for industrial lasers and amplifiers used in submarine cabling.

The London-listed company, headquartered in Somerset, UK, posted a pre-tax profit of £10.2 million as sales rose 12 per cent year-on-year to £78.7 million.

CEO Mark Webster, who took over from long-time incumbent Gareth Jones – now G&H chairman – nearly a year ago, reiterated the company’s key aims of diversification and moving up the value chain in his 2015 overview, adding:

“Further progress has been made against these goals resulting in a more balanced and vertically integrated business that is more robust and means we are less exposed to the cyclical nature of some of our core markets.”

Sales in the latest year were driven primarily by demand from traditional applications, for example industrial lasers in microelectronics production – systems that often rely on G&H’s acousto-optic modulators – and for amplifiers used in undersea cable networks that use the firm’s high-reliability fiber-optic components.

But Webster indicated that the company’s diversification strategy is already starting to pay off, with progress in the emerging area of laser satellite communications (SatCom). Here, G&H is involved in some high-profile projects backed by the European Space Agency (ESA) and the CEO wrote:

“Our goal is to establish a medium-term leadership position in the new and exciting area of space photonics. We are expecting to generate SatCom commercial income in 2016, which is far earlier than originally anticipated.”

Focused spending
Despite the closure of the its Florida operations a year ago, the G&H ranks have since swelled, with the company employing some 700 people as of September 30 (up from 664 a year earlier).

In his statement, Webster highlighted a more targeted effort in research and development, where the company is now focused on a smaller number of projects run by a global R&D group.

With industrial applications still representing nearly 60 per cent of G&H sales in fiscal 2015, one of the company’s ongoing priorities is to generate more revenues from the life sciences. Sales to this sector grew more than 20 per cent year-on-year, to just under $9 million.

That is thanks largely to optical coherence tomography (OCT) for ophthalmology, where the UK firm has developed a strong base. However, Webster sees plenty of opportunities for further growth here, writing: 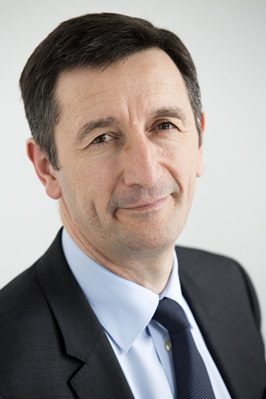 Looking beyond OCT, the CEO added: “Laser surgery is a fast-growing area particularly for ophthalmological, prostate and aesthetic treatments and has been a key driver of 2015 growth. We believe there is further potential for both current and new areas of laser surgery.

“G&H has an established sub-system and system presence with a number of our life sciences customers and we see further potential for moving up the value chain in this area during 2016.”

Cleveland crystal upgrade
With its investment in the sub-system group in Torquay, UK, now largely completed, and a relocation from Palo Alto to a larger facility in nearby Fremont before the end of this year, 2016 will see focus shifting to Cleveland, where G&H is upgrading its main site for crystal growth. That upgrade should be done by the end of next year, says the firm.

In their outlook for fiscal year 2016, Webster and his team said that the G&H order book looked “solid”. As of September 30 it stood at £36.3 million, up 6 per cent year-on-year once currency effects like the strong US dollar are discounted.

• Investors have seen the company’s stock price climb to record highs in recent months. In early trading following the latest financial statement, G&H’s stock stood at around 900p on the London Stock Exchange – up 33 per cent since the start of the year and equivalent to a market capitalization of just over £216 million.