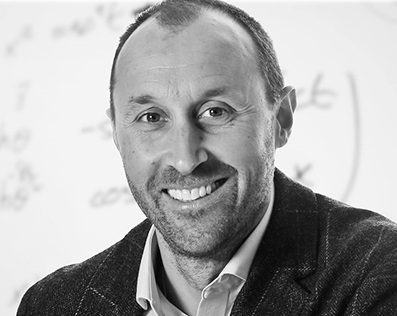 Quantum imaging research center QuantIC’s Professor Daniele Faccio has been awarded the Philip Leverhulme Prize in Physics for his work on “light in flight”. The £100,000 ($155,000) prize recognizes the achievement of outstanding researchers who work has attracted international recognition and whose future career is exceptionally promising.

QuantIC, which opened in February 2015 is the UK’s centre of excellence for research, development and innovation in quantum enhanced imaging. It brings together the Universities of Glasgow, Bristol, Edinburgh, Heriot-Watt, Warwick, Oxford and Strathclyde with over 30 industry partners in a collaborative venture to transfer new technological applications designed to revolutionize imaging across industrial, scientific, security and consumer markets.

Professor Faccio’s research focuses on developing technologies to measure light at the single photon level. The new technologies being developed allows the reconstruction of the photon arrival time with incredible temporal precision and therefore effectively capturing light in flight.

The award citation notes: “This feat of imaging light in motion has never been achieved before and is opening up opportunities in developing new camera systems such as the QuantiCam, which can see behind walls or around corners, and has the potential for other applications including non-invasive medical imaging and monitoring the ripeness and health of fruit"

Based at Heriot Watt University, Professor Faccio is also Group leader for the Extreme Light Group at the Institute of Photonics and Quantum Sciences at the university. Regarding the award, he said, “It’s a fantastic acknowledgement on the importance of new light technologies and I’d like to thank The Leverhulme Trust for this award which will enable us to facilitate more networking and collaboration between external research groups and support our public engagement and outreach activities.

When intense ultrashort laser pulses interact with matter, new physics are observed. The properties of the medium are changed and the interacting light may change color, from terahertz to soft X-ray wavelengths. These effects are heightened if the laser pulses are shaped into so-called “bullets” of light.

Faccio’s team’s research revolves around the generation and control of these light bullets so as to reach extreme and novel light-matter interaction regimes. This allows the group to study extreme physics without the need to resort to using "extreme" lasers.

An exciting application is the study of black-hole physics and quantum electrodynamics in curved space-time geometries. Properly controlled and intense laser pulses will create the analogue of an event horizon that may thus be studied in the laboratory. Other areas of related research are strong-field physics and the generation of table-top X-ray sources and attosecond laser pulses, novel laser sources and, in general, light-matter interaction in extreme conditions.