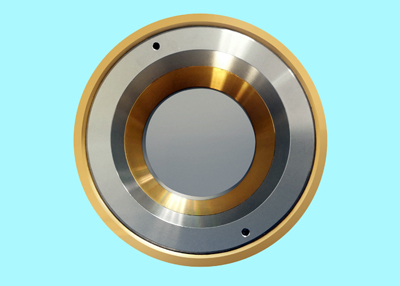 The developer says these diamond optics are suited for CO2 laser and EUV applications: “The all-diamond meta-surfaces design exhibits a significantly higher laser-induced damage threshold, by a factor of 10, than anti-reflective coated windows, with equivalent reflectance below 0.5% and transmission above 99%.”

Due to a combination of its significant thermal, mechanical and optical properties, diamond grown by chemical vapor deposition (CVD) has become the material of choice for windows for high power, multi-kilowatt CO2 laser systems. Its wide transmission window from the UV through to the RF part of the electromagnetic spectrum, combined with the highest hardness and thermal conductivity of any material makes diamond an in-demand material for robust optics.

Diamond optical windows typically include an anti-reflective thin film coating to minimize reflection losses at each surface, associated with the change in refractive index of diamond to air, maximizing laser output power. However, these coatings have mechanical and thermal properties that can be 1,000 times inferior to those of the intrinsic diamond, leading to increased thermal and mechanical failures as optical power densities increase.

By mimicking the structure of a moth's eye, Element Six has replaced these thin films with a diamond-structured surface designed to reduce reflection losses, shifting the reliance of the optics solely onto the intrinsic properties of diamond. Element Six states, “Diamond PureOptics with meta-surfaces offers improved reliability and allows even higher power density levels for high power CO2 laser systems, making them ideally suited for EUV applications. 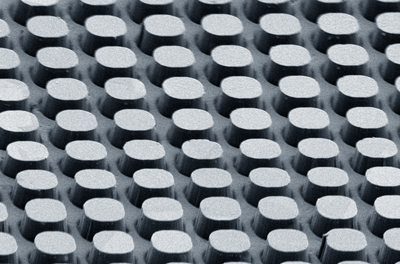 SEM photo of the surface of a PureOptics diamond optical window.

Bruce Bolliger, head of sales and marketing at Element Six Technologies, said, “With the industry trending to even more powerful CO2 laser sources and the high costs associated with system downtime, the need for more durable and reliable anti-reflective laser windows is critical. Creating an all-diamond solution increases durability and enables higher power by eliminating more vulnerable antireflection thin films, which are often the first to fail in extremely high power density applications such as EUV lithography." 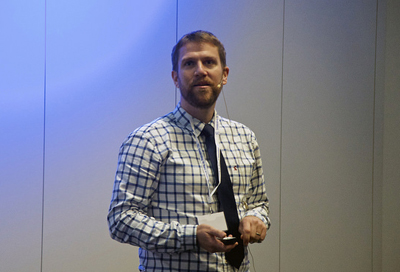 ”We are constantly working to improve the quality of our chemical vapor deposition-produced diamonds. The general aim is to overcome birefringence effects by reducing dislocation centers in order to maximize clarity and reduce imperfections. We can do this by modifying the polishing process to reduce damage and then to etch out imperfections. Device performance can be improved by ideally aligning the diamond so that any lines of imperfection are perpendicular to the direction of the light,” Bennett said.

“Besides the high powered lasers and emerging EUV markets we are also working with disc laser developers as these sources offer fantastic powers with two-sided cooling and reduced thermal lensing effects, and they work very well with our diamond windows. We are enjoying productive collaborations with research partners in both Stuttgart’s IFSW and the University of Central Florida.”

In another project, a single-crystal diamond from Element Six permits Raman frequency shifting for high-power laser systems. This development allows researchers to reach new wavelengths with high beam quality such as for medical and eye-safe applications.