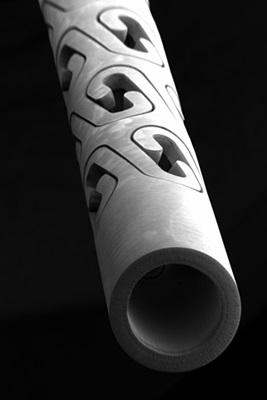 Headquartered in Nashua, New Hampshire, and with facilities in California and Ohio, Resonetics already claims to have the largest independent polymer laser micromachining facility in the world – boasting more than 50 laser workstations based on a variety of sources.

The company states that the acquisition of Mound Laser will see Resonetics expand beyond its current focus on polymers and glass, and offer customers a broader array of both laser technologies and materials capability.

Medical devices
Headquartered in Kettering, Ohio, Mound Laser says it has 22 laser workstations, including five dedicated to micromachining applications – the latest of which is based around a femtosecond source. The company currently employs around 60 people and is focused largely on medical applications.

Resonetics CEO Tom Burns said: "The team at Mound Laser has made impressive strides in recent years, taking on very difficult-to-manufacture components in the neurovascular, structural heart and peripheral vascular markets in particular."

Kevin Hartke, Mound Laser’s president and COO, added: "Our focus has always been on developing novel laser processes to manufacture the most challenging product features cost-effectively. With Maric Management's investment and leadership the past two years, Mound Laser made strategic advancements in its medical manufacturing capabilities. The additional resources, experience and infrastructure provided by Resonetics will enable us to move even faster in meeting more of our customers' needs."

With the addition of Mound Laser, Resonetics believes it now has the world's largest capacity of ultrafast laser workstations dedicated to applications in life sciences - and thanks to the trio of sites across the US is able to offer its customers a good level of redundancy.

Typical applications for such tools include production of bio-absorbable stents, micro nitinol implants, and implants based on precious metals such as platinum, palladium, and gold.