LED lighting firm had been due to share Buffalo manufacturing site with solar cell maker Silevo. 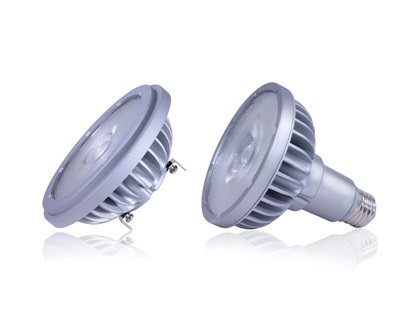 Soraa, the LED lighting company co-founded by 2014 Nobel laureate Shuji Nakamura, is to ramp production and create hundreds of jobs at a new chip fabrication and research facility in Syracuse, New York.

The firm, which specializes in advanced “GaN-on-GaN” chips that deliver bright, efficient and broad-spectrum light, had originally planned to expand in nearby Buffalo. Almost exactly two years ago, Soraa said that the Riverbend Commerce Park facility in Buffalo would be up and running by 2015.

That plan envisioned sharing a production site with the high-efficiency solar cell and module maker Silevo Solar. However, following the acquisition of Silevo by SolarCity last year, it had become clear that the facilities at Riverbend could not accommodate both Soraa’s fabrication facility and the anticipated SolarCity expansion. “As a result, it was back to the drawing board,” Soraa said.

The company’s CEO Jeff Parker added: “We’re back on track with a great location and are targeting to employ at least 300 people to support a revenue stream of over $1 billion once fully functional.”

The revised plan means close co-ordination with the State of New York (SUNY) College of Nanoscale Science and Engineering (CNSE) in Syracuse, one of the key hubs hosting the new AIM Photonics effort. Soraa will also relocate its research and development operations from Fremont in California as part of the deal.

“The new facility is on pace for shell completion by the end of this year, with production beginning in the second half of 2016,” said Soraa, one of only a handful of companies that makes LED epiwafers and chips in the US. One of the others, Cree, is currently down-sizing its production site in North Carolina in the face of fierce global competition among LED makers. 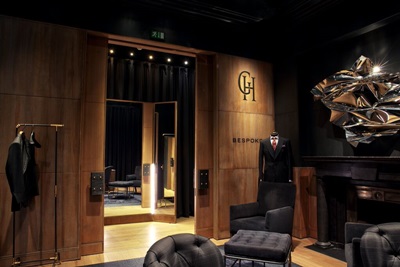 GaN-on-GaN advantage
What makes Soraa’s LED chips unique is that the critical gallium nitride (GaN) light-emitting semiconductor layers are deposited on top of a GaN substrate.

That provides for a much superior performance compared with typical LEDs, which are usually fabricated on sapphire or silicon carbide, but has been hampered by the fact that large GaN crystals are so difficult and expensive to produce.

Soraa appears to have solved that issue, with Parker saying: “Since we launched our first product in 2012, global market reception for our high-quality-of-light LED products has been phenomenal and sales have soared.

"The new facility will significantly increase our manufacturing capacity to meet this growing demand."

Aside from the much-decorated Nakamura, Soraa’s founding team included Steven Denbaars and Jim Speck, both colleagues of Nakamura from the University of California, Santa Barbara (UCSB).

Their hunch was that GaN-on-GaN technology would ultimately win out over conventional LEDs because of higher light output relative to chip area, a broader emission spectrum that would yield superior color rendering, and higher-efficiency operation.

Film hub
That color rendering capability lends itself to applications in the entertainment industry, and Soraa is now planning to collaborate with the Central New York Film Hub – located adjacent to the company’s new Syracuse site.

SUNY Polytechnic president Alain Kaloyeros, a key player in the AIM Photonics setup, said: “SUNY Poly is thrilled to partner with Soraa to locate this advanced manufacturing facility and its resultant jobs, as well as the hands-on educational offerings that this will present for New York’s students, adjacent to the Film Hub in Syracuse, where the company's cutting-edge lighting technology can be adapted for production purposes.”

The Soraa switch represents one element of a huge public-private investment in technology development spearheaded by New York State governor Andrew Cuomo. Through that, SUNY Poly is set to build and equip an 82,500 square foot state-of-the-art facility and “leverage” at least $1.3 billion in private-sector investment over the next decade.

“In accordance with [Cuomo’s] innovation-driven economic development model, no public funds will go to a private company and the facility will be a state asset,” says the governor’s office.

Soraa's move to Central New York is expected to create 300 manufacturing jobs and another 120 in research and development, while the collaboration with SUNY Poly should generate another 170 support jobs involving Soraa contractors and suppliers close to the facility.

Meanwhile SolarCity has said that it will scale its solar cell facility in Buffalo to an annual capacity of 1 GW. However, the company saw its stock price crash by 25 per cent last week after financial results showed that net losses had soared to $234 million in the quarter ending September 30.