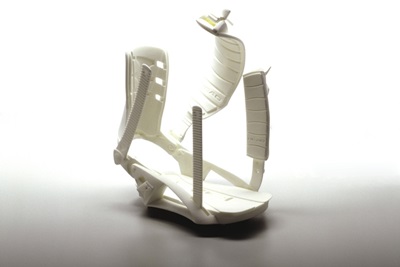 Alphaform, a provider of laser additive manufacturing services in Germany that filed for bankruptcy earlier this year, appears to have been rescued following the completion of a deal with US-based Proto Labs.

Back in July, Alphaform said that it had initiated bankruptcy proceedings in Munich, Germany, “on the grounds of impending insolvency”, adding that it would work with bankruptcy administrators to continue implementing earlier efforts to restructure the business.

Founded in 1996 and headquartered in Feldkirchen near Munich, Alphaform was set up as a service provider in the emerging field of 3D printing. The company worked with its clients on both product development and manufacturing, and appeared to be in reasonable financial health when it released preliminary results in February 2015.

Despite the restructuring efforts, it was able to post a 12 per cent increase in annual revenues to €29 million for 2014, while it also landed a giant €10 million order – its largest ever – towards the end of last year.

The NYSE-listed company was included at number 75 in last month’s list of the 100 fastest-growing US public companies, as ranked by Fortune Magazine. In July it announced sales of $64 million for the quarter ending June 30, up more than 20 per cent year-on-year, with CEO Vicki Holt highlighting the company’s full launch of additive manufacturing capability in Europe as a key priority.

The addition of Alphaform should bolster that capability, with Holt describing it as an “ideal complement” to Proto Labs’ existing business. “The purchase also gives Proto Labs a major presence in Germany, which is the largest single market for the company’s services in Europe,” stated the firm.