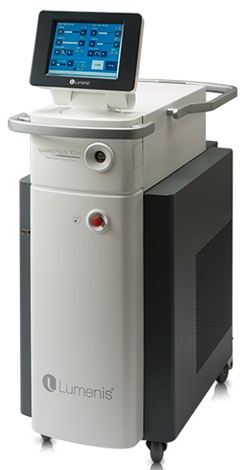 A private equity company with offices in London, Hong Kong and Shanghai has completed its acquisition of the Israel-based medical laser company Lumenis for more than half a billion dollars in cash.

With annual revenues of nearly $290 million in its most recent fiscal year, Yokneam-headquartered Lumenis represents one of the largest operations in the medical laser field. It sells systems for a range of aesthetic, ophthalmology and surgical applications, and earlier this month it launched two new holmium laser systems for prostate and kidney stone procedures.

The $14-per-share acquisition by XIO Group, which was approved by Lumenis shareholders in August, represents a total consideration of $510 million. It comes just a few years after Lumenis was forced into a major restructure amid the global financial crisis, when it was weighed down by long-term debts of more than $100 million.

But since listing on the Nasdaq stock market in early 2014, the company has reported solid enough results, swinging to a small net profit in the opening quarter of 2015. At the time, CEO Tipi Ozer-Armon told investors that Lumenis’ annual revenues should rise to more than $300 million in fiscal year 2015 overall.

High finance
As is typical for private equity firms, not much is known about XIO Group. Aside from high-profile office locations in London’s Shard building – at just under 310 meters, the tallest in western Europe – and China, it is chaired by lead partner Athene Li, who was previously the head of China for Olympus Capital.

Quoted in a Lumenis press release, Paul Castellanos - an associate professor of surgery at the University of Alabama at Birmingham, US - said: “Ear, nose and throat surgeons are often faced with patients who have access challenges to line-of-sight techniques, including the distal airway, that cannot be addressed with one single laser modality.

"With the scanning free-beam and fiber integration in one CO2 laser solution, only available in the UltraPulse DUO, I am able to deliver unparalleled treatments throughout the larynx and aero digestive tract with full flexibility and precision."

OmniVision acquisition progresses
The completion of that Lumenis deal comes just a week after the Committee on Foreign Investment in the United States gave the green light to another China-led acquisition of a US-listed photonics company.

A consortium led by Hua Capital Management is set to buy OmniVision Technologies, the world's second-largest provider of image sensors, for nearly $2 billion in cash. OmniVision's board of directors and shareholders had already waved through the transaction, although some regulatory approvals are still needed before the deal is completed.

In arguably the highest-profile Chinese buy-out of companies in the photonics sector, Go Scale Capital - a combination of Beijing's GSR Ventures and US-based Oak Investment Partners - is on course to acquire a majority stake in top-ranking LED manufacturer Philips Lumileds and Philips' automotive lighting unit. That deal is expected to close by the end of the year.

Meanwhile the giant China Electronics Corporation (CEC) and the ChongQing Linkong Development Investment Company said in July that they were to acquire Bridgelux, the Californian company specializing in solid-state lighting technologies.