Committee on Foreign Investment in the US could scupper deal to sell Philips' San Jose-based LED lighting subsidiary. 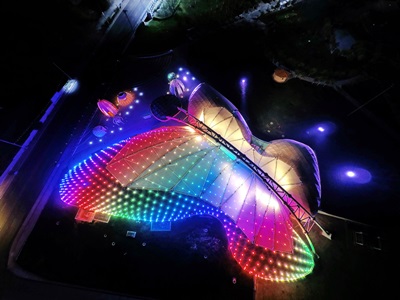 The $3.3 billion spin-off of Philips’ Lumileds subsidiary, which manufactures LED chips and lighting components, has been thrown into doubt by US authorities.

Because Lumileds is headquartered in San Jose, California, the US Committee on Foreign Investment in the United States (CFIUS) is investigating the planned sale of 80 per cent of Lumileds and Philips’ automotive lighting business to China-led private equity group GO Scale Capital.

Back in March, when Philips announced the deal, it said that it would retain a 20 per cent share in the combined Lumileds and automotive lighting business – although the retained share of the Lumileds unit would be higher, at 34 per cent.

But in a conference call with investors on October 26, Philips CEO Frans van Houten said: “In the course of seeking regulatory approvals…the CFIUS has expressed certain unforeseen concerns. Philips and GO Scale Capital will continue to engage with CFIUS and will take reasonable steps to address its concerns, but given these the closing of the transaction is uncertain.”

Van Houten decline to elaborate on that, citing the confidential nature of the ongoing talks with CFIUS, and said that the investigation would have no effect on the ongoing separation of a standalone Philips lighting business.

That planned split of Philips into two companies is said to be progressing as planned, although whether it will proceed with an initial public offering of stock or a private sale of the Philips Lighting business is still not clear.

LEDs now 44% of lighting sales
LED technology has accounted for 44 per cent of Philips' total lighting sales over the past 12 months, van Houten added, that proportion rising from 36 per cent a year ago. LED-related revenues rose 24 per cent year-on-year in the latest quarter, while sales of conventional lamps declined by 15 per cent.

“I am very pleased with the sustained strong growth and improving margin performance of our LED business,” the CEO told investors. “LED now represents close to half of lighting sales, which positions our total lighting business well for positive growth over time.”

He also stressed that after several years of intense competition among LED makers, Philips' profit margins relating to LEDs and solid-state lighting - which benefit from innovations like selling light as a service, with ongoing revenues - now looked attractive and sustainable.

Among the company’s latest high-profile projects is a planned installation across 32 Accenture offices in India to provide lighting systems capable of reacting to their surroundings and creating a specific “mood”, rather than, in van Houten’s words, “just light it up”.

“With more than 140,000 LED-based products, the upgrade will make significant energy savings and create a more pleasant work environment,” he added.

Also in India, Philips is set to provide 76,500 solar-powered LED street-lighting units as part of a government program in the Uttar Pradesh region, while the Moscow Cathedral Mosque and Turkey’s Tropical Butterfly Garden (see photo above) have both recently been outfitted with LED illumination from the Dutch firm.

Philips also highlighted new LED technology that it claims increases the brightness of projector displays by a factor of three. Called “ColorSpark”, it is set to appear on the market via major projector brands early next year.