Innovative students presented with $85,000 worth of EO optical products to support research. 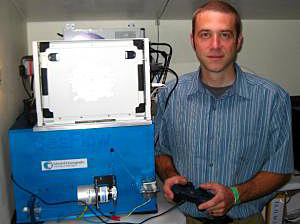 Jarred Swalwell from University of Washington.

Optical components giant Edmund Optics has announced the winners of its 2015 Educational Award program. The company presents the awards annually in recognition of “outstanding undergraduate and graduate optics programs” in science, technology, engineering, and mathematics at non-profit colleges and universities worldwide.

This year the company is presenting more than $85,000 worth of EO products to the winners, which are split between the Americas, Asia, and Europe, to support their research projects. The Norman Edmund Inspiration Award, which is worth $5,000 in products, will be presented to one of the global finalists on November 11, with other finalists receiving a $500 product-matching grant.

The EO Educational Award Team evaluated over 800 applications to select 45 global finalists with applications ranging from creating a vision system for the early detection of forest fires and the advancement of optical techniques to investigate alternative energy sources to discovering new non-invasive methods for pneumothorax diagnosis in premature babies and the development of a smartphone spectrometer for real-time environmental monitoring or health diagnostics such as Ebola detection. 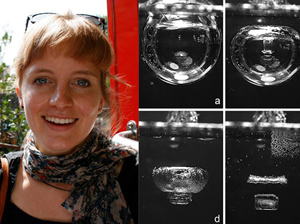 Americas The Gold Award of $10,000 in EO products was awarded to Jarred Swalwell and his team at University of Washington for developing flow cytometers for marine research with an optical technology that makes it possible to perform continuous flow cytometric analysis on sea water without the need for clean water.

The Silver Award of $7,500 in EO products, went to work at Temple University led by Vira Oleksyuk for non-invasive breast cancer diagnostics using a multimodal imaging system which combines tactile and hyperspectral capabilities to discern malignant and benign tumors. Schepens Eye Research Institute, an affiliate of Harvard Medical School, was awarded the Bronze Award of $5,000 in EO products.

Europe The Gold Award went to Ecole Polytechnique Fédérale de Lausanne, Switzerland, submitted by Outi Supponen. Supponen and her team were recognized for research on the dynamics of collapsing cavitation bubbles for such applications as needle-free injections, microfluidic pumps, new printing technologies, and transportation. 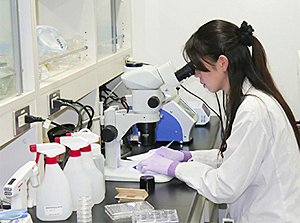 The Silver Award was awarded to Peter Christian Bakker and his team from Eindhoven University of Technology in the Netherlands for research on the topic of internal combustion engines, specifically the burn-out phase. Dmtiry Postnov at the University of Copenhagen in Denmark captured Bronze Award for research into Laser Speckle Imaging (LSI) of renal, brain, and retinal blood flow for the purpose of adapting and improving the technology for kidney research.

Dr. Dasol Lee of Pohang University of Science & Technology in South Korea was given the Silver Award for research into the development of a new imaging system for bio-samples and nano-size structures imaging beyond the sub-wavelength size. The Bronze Award went to Prof. John Canning of the University of Sydney in Australia for the development of smartphone spectrometer which utilizes a UV LED. 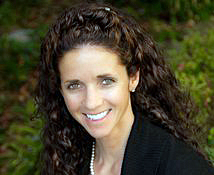 Edmund Optics has also announced the appointment of Marisa Edmund as Executive VP, Global Sales and Marketing effective immediately. In her expanded role, she is now responsible for developing and executing sales strategies to sustain company growth, while also managing all aspects of the company’s marketing and communications program.

Edmund, who is the granddaughter of Norman Edmund, who founded Edmund Optics in 1942, began her career at the company in 1998 as Director of Human Resources. Subsequently, she was Director of North American Major Accounts, managing the company’s largest military, medical and manufacturing clients.