Optical sensors and wearables in vogue at CES 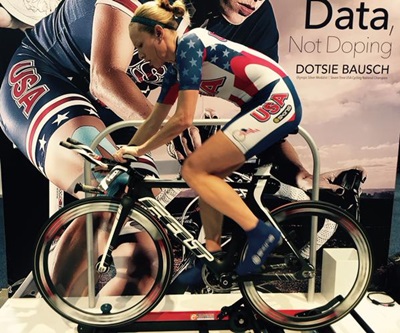 Optics-enabled sensor technologies appear to be making a significant impact at the Consumer Electronics Show (CES) in Las Vegas, with new applications in cars, computing and personal health and fitness monitoring coming to the fore.

Among the exhibitors at this year’s event is Masimo Corporation, the US company that makes optical sensors to measure vital health signs including oxygen perfusion and pulse rate. Back in 2012, Masimo acquired the optoelectronics foundry previously owned by Spire Semiconductor to make the components on which its sensors are based.

Meanwhile a company in Taiwan spun out from the country’s highly regarded Industrial Technology Research Institute (ITRI) is claiming that it has developed the first optical pulse oximeters to work in the now-familiar wristband wearable format.

With consumers increasingly buying into wearable sensors designed to help them monitor their health and athletic performance, Masimo is looking to tap that potential demand with a new pulse oximeter said to give reliable data in even the most extreme conditions.

For this year’s CES the Irvine, California, firm teamed up with both Stig Severinsen – champion freediver and a long-standing advocate of Masimo’s sensors – as well as Olympic cycling medallist Dotsie Bausch to demo its new “MightySat” fingertip technology.

The company’s pulse oximeters rely on optical monitoring of light absorption at both red and infrared wavelengths, using adaptive signal processing to get around the difficulties created by extraneous optical noise and movements of the person wearing the sensor.

The sensors have now found widespread use in hospitals, but adapting them for personal fitness applications has presented an even greater challenge, says the firm. The more robust MightySat range is the first to be based on its reliable “SET” technology tested in numerous clinical studies over the past two decades.

Houdini-like Severinsen, also known as “the man that doesn’t breathe”, showed off the new sensors by holding his breath for around five minutes in a coffin-sized water tank on Masimo’s CES booth, while Bausch demonstrated oxygen saturation, pulse rate and blood perfusion index measurements on a static bike.

Wristband oximeter
Because of the difficulty in generating reliable pulse oximetry data, incorporating the technology into more popular wearable designs like wristbands is particularly challenging. Pulse oximeters are more normally clipped to earlobes or fingertips, since that is where blood flows closest to the surface of the skin.

However, the ITRI spin-off Taiwan Biophotonic now says that it has developed a much more wearable kind of device. The company has just released a wrist-worn pulse oximeter that is said to rely on some innovative optics.

Like Masimo’s technology, Taiwan Biophotonic's “reflective pulse oximetry sensor” is based on red and infrared LEDs, and their respective light detectors. Where it differs is in the incorporation of a “unique microstructured optical element” that is said to capture the optical signal while reducing stray light effects.

At the moment there is no more credibility for the device than what is claimed in the company’s promotional material, although Taiwan Biophotonic does say that it has submitted a paper to the Optical Society (OSA) journal Biomedical Optics Express – whether it is accepted and published remains to be seen.

According to the firm, its optical element modulates photon propagation within skin tissue to enhance collection of the reflected light. “This technology enables the development of one of the industry's first reflective optical sensors that continuous measures the pulse rate and blood oxygen saturation at various body sites, including some low blood perfusion sites as [the] wrist and arm,” it says.

If it does work, the sensor would represent the first time that pulse rate and blood oxygen saturation have been measured at the wrist with a common reflective optical sensor.

New eyes and ears from FLIR and Intel
Among the other optics-related technologies vying for attention at CES was the second generation of FLIR System’s “FLIR ONE” infrared imagers, which use the US firm’s low-cost “Lepton” sensor to display live thermal imagery and are aimed squarely at the consumer market.

“Consumers can use the FLIR ONE to detect energy leakage around windows and doors, locate a missing pet at night, and monitor suspicious activity in the dark,” says the firm, adding that the technology should be available on iOS and Android mobile device platforms by the middle of the year.

FLIR also launched a new compact professional thermal camera at CES, in the form of the “C2”. The pocket-sized device is also based around the Lepton core but is aimed at construction workers and others looking for structural defects, water leaks and so on.

Meanwhile CES keynoter Intel gave an update on the development of its “RealSense” camera technology, which it unveiled at the Las Vegas show exactly a year ago.

The gesture-sensing 3D camera is set to appear in tablets and notebook PCs made by many of the electronics industry’s leading brands, bringing the kind of features that first appeared in the gesture control interface used by the Microsoft Xbox Kinect console to a much wider market.

The chip maker’s CEO Brian Krzanich told the show that 2015 would go down as a turning point in the history of consumer electronics. “We’re going from a two-dimensional world to a three-dimensional world,” he said. “This additional dimension will change how we experience computing. We’ve given the PC eyes and ears.”

Central to his thesis are both the gesture-controlled devices enabled by the optical technologies and sensors in platforms like RealSense – which can see and understand depth, allowing the focus of a photo to be altered after it is captured - and the wearable “revolution” of wristbands and fingertip pulse oximeters.