100 jobs already lost as operations in San Diego are cut; more restructuring to follow as firm refocuses on electronics. 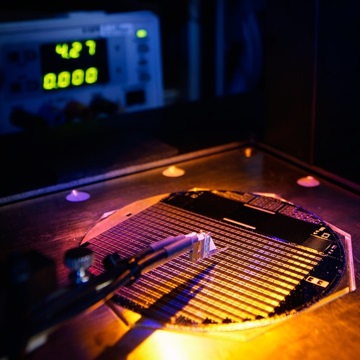 Updated January 20*: Soitec's costly foray into the world of concentrated photovoltaics (CPV) appears to be coming to a close, after the company announced that it would re-focus the business on its core market of electronic materials.

In a hastily arranged conference call with investors, the company’s senior executive team said that although its technological developments – which include record-breaking efficiency performance – had “clearly created value”, it was now considering all possible options for the unit.

Soitec indicated that it had invested in the region of €400 million in the CPV business over the past few years, following its acquisition of the Fraunhofer Institute for Solar Energy Systems (ISE) spin-out Concentrix Solar.

Much of that investment had been made in its San Diego CPV manufacturing facility, and overall the operations of the CPV business unit were costing around €95 million per year to run. At a board meeting last week, the decision was taken for Soitec to return to its earlier focus on electronic materials and make what it can from the CPV investment.

More cuts on the way
Despite some success with a 44 MW CPV farm in South Africa, much larger deployments of CPV systems in the US market have not progressed as expected. Last month, Paris-listed Soitec said that a 150 MW project in California had been cancelled.

As a result, it has already cut headcount by around 100 in San Diego, but that is only expected to reduce annual costs by around €5 million from the CPV unit’s total wage bill of around €30 million. “This is only the first batch [of cuts],” the company told investors. “We will implement new restructuring measures.”

Soitec’s executives did not specify any particular plan of action, saying that several different options were being considered. They want to realize some cash value from the technological progress made in the laboratory and a 70 MW pipeline of customer projects that are still to be delivered.

“Soitec has initiated efforts to realize value of solar energy business combining significant restructuring measures going forward and will assess [the] most appropriate scenario to extract value from its solar related assets in compliance with its obligations towards all solar stakeholders,” announced the firm in a statement.

In the investor call, executives said that the record-breaking 46 per cent efficiency solar cell technology was sufficiently mature for a production scale-up, with good manufacturing yields demonstrated.

However, the CPV landscape has been decimated by the rapidly sinking cost of rival silicon solar cell technology in recent years, meaning that there are hardly any companies remaining in the sector to snap up that technology. One possibility is that the Soitec cells could be adapted for use in space, where their high performance is currently a much more valuable attribute.

Analysts at the consultancy company IHS, who as recently as this month were predicting something of a break-out year for CPV (37 per cent growth to around 250MW new installations), have had to dramatically revise that forecast in the light of Soitec's problems.

Karl Melkonyan from IHS told optics.org: "It will shift our projections about one or even two years back, because Soitec’s installation pipeline for 2015 and 2016 was one of the largest parts in our outlook."

And despite the setback, he still believes that there is some life in the CPV market, saying: "[It] is just a matter of time for many CPV manufacturers get the required data from demonstration and test installations, to show reliable operations, become bankable and receive the required financing for utility scale projects." Melkonyan cites China's Suncore, Magpower in Portugal, Spanish tie-up Abengoa/Sol3G, Arizona-based REhnu, and ArzonSolar (formerly Amonix) as the key companies to keep watching.

Equity release
Following the huge losses racked up by its CPV business, Soitec said it currently held €28.4 million in cash, and that it was owed €40 million following completion of the South African CPV facility – of which €10 million is due to be paid this week.

The company also holds debts of around €160 million, although executives stressed that a €10 million convertible bond that forms the largest chunk of that debt does not mature until 2018.

Also announced was a new “standby equity facility” with French bank Société Générale that will allow Soitec to exchange up to 9.8 per cent of equity in the firm for cash over the course of the next two years.

The company stressed that it had sufficient money to cope with the costs of the restructuring measures and the ongoing cash burn of the CPV business, saying: “[We have] several months to fix [this]; it will be done soon.”

* Updated January 20 to include analyst comments.